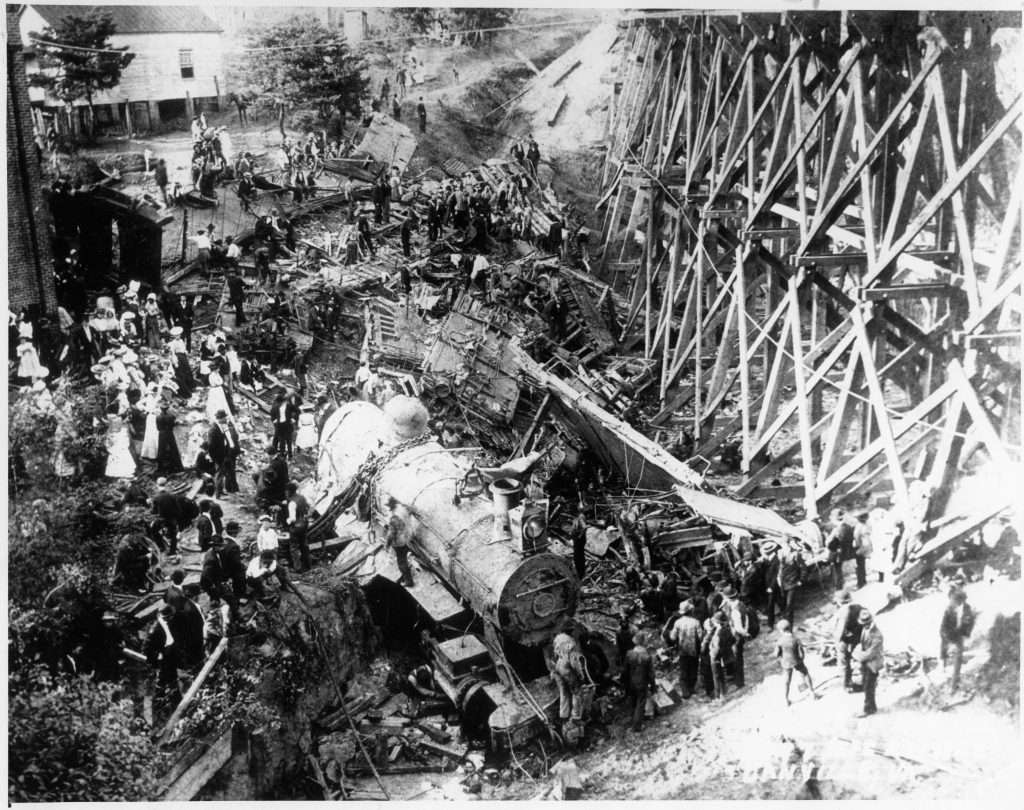 Curious men, women, and children gather to see the wreck of the Fast Mail, or "Old 97," at Stillhouse Trestle outside Danville. The locomotive had overturned in the wreck, but is depicted here righted—thus, the photograph is believed to have been taken several days after the event. The accident, which killed eleven people, became a public sensation, drawing thousands of spectators to the scene and inspiring a series of musical ballads.