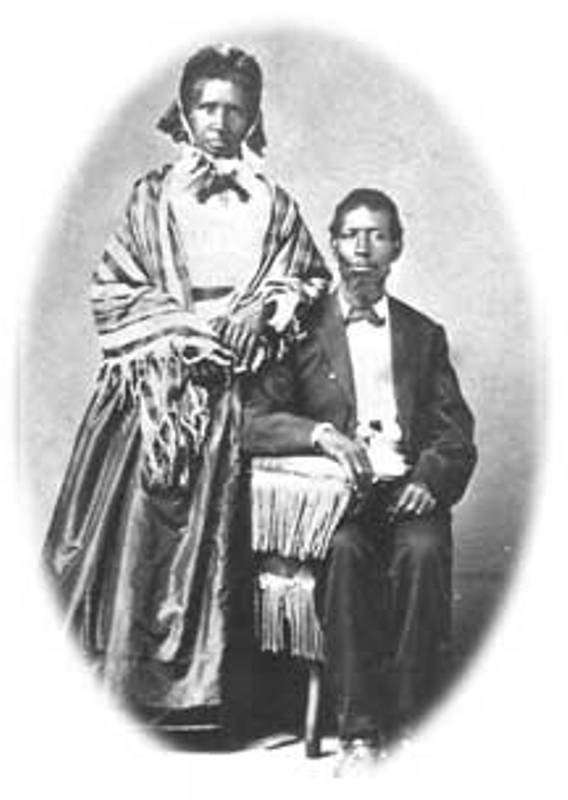 Eliza and Dunmore Gwinn were slaves owned by the Conway family in Falmouth, Virginia, who had escaped to Washington, D.C., at the beginning of the American Civil War (1861–1865). The Gwinns moved to Georgetown, opened a cake-and-candy store, and, at some point in 1862, posed for this photograph. In late July of that year, Moncure Conway, who had grown into a fervent abolitionist, gathered the Gwinns, along with twenty-nine slaves formerly of his father's household, and led them on a sometimes-dangerous train ride to Yellow Springs, Ohio. There, the freed people settled along the Little Miami River in what became known as the Conway Colony.