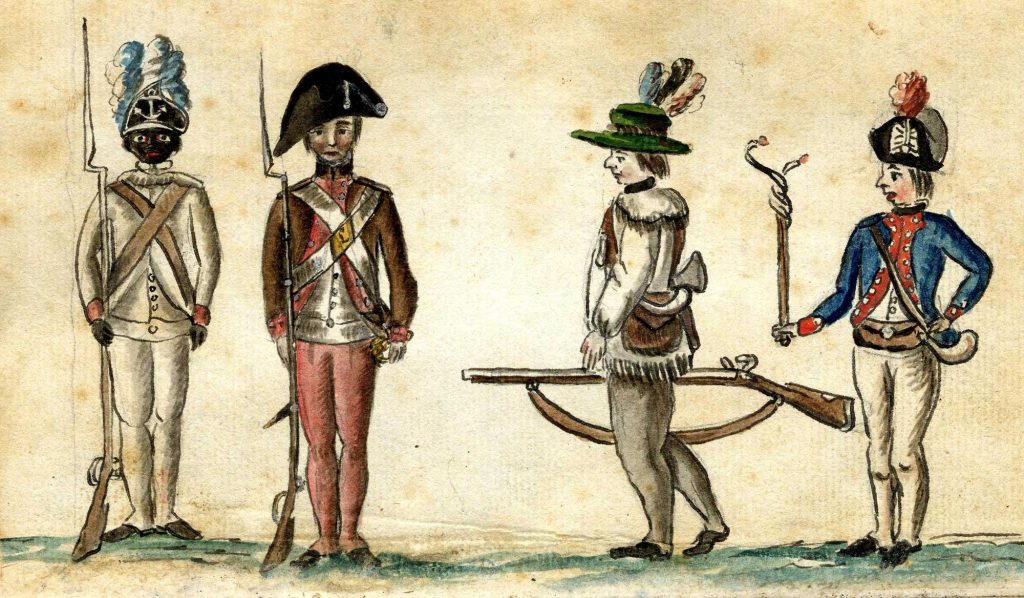 This watercolor drawing by Jean Baptiste Antoine de Verger depicts four soldiers in the Continental army during the 1781 siege of Yorktown. At far left is a black infantryman of the 1st Rhode Island Regiment, one of the earliest known renderings of an African American soldier. De Verger drew this sketch in a diary he kept while serving in the French Expeditionary Force under the Comte de Rochambeau.