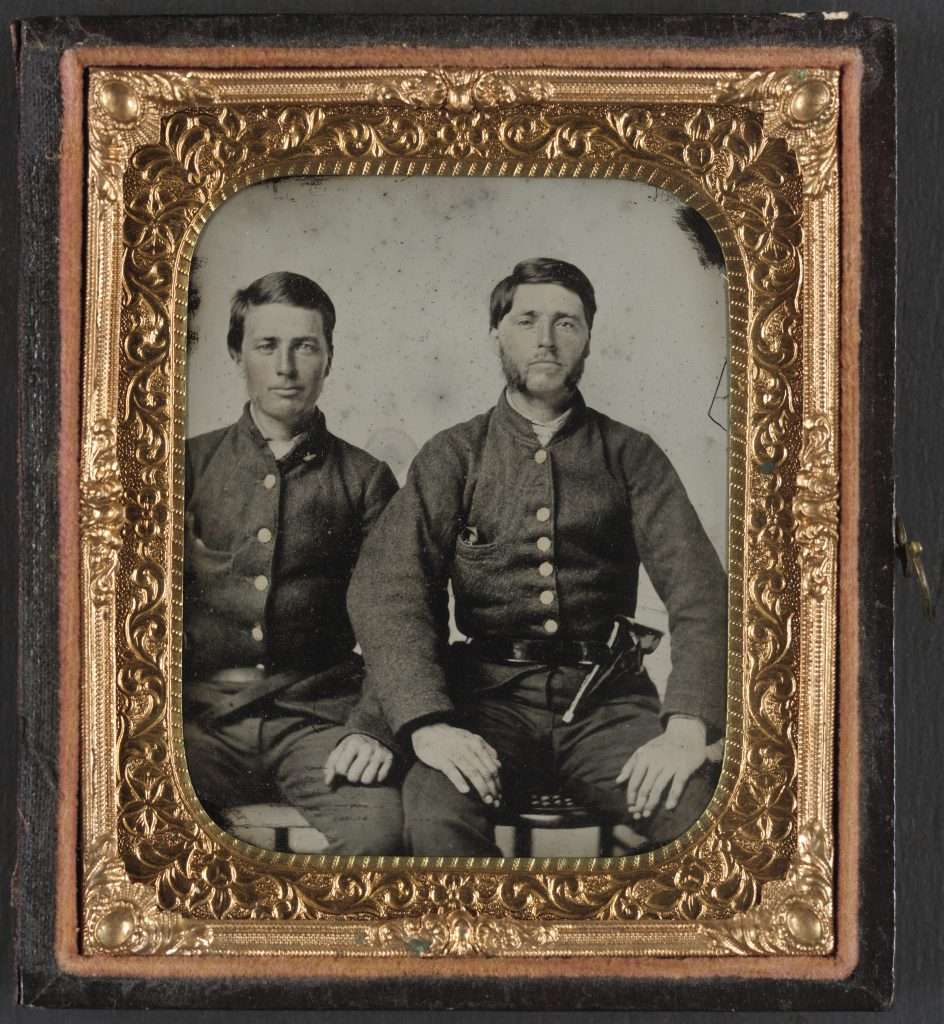 Brothers Stephen D. Boynton and Moses M. Boynton, both privates in the Confederate Company C, Beaufort District Troop, Hampton Legion South Carolina Cavalry Battalion, pose for an ambrotype in 1861 or 1862. Stephen Boynton was killed as Confederates retreated from the Yorktown line toward Williamsburg in the days leading up to the Battle of Williamsburg on May 5, 1862. The Hampton Legion cavalrymen were protecting the rear of the retreating army when the fighting grew fierce. A report from the May 23, 1862, edition of the Charleston Mercury reported on the action:

The fight soon became a hand to hand one, the enemy making a stout resistance; but they had to yield to the superior courage of the cavaliers of South Carolina, although the enemy outnumbered them. Captain Lannauu, at the first blow, severed the head of a Hessian. Captain Sevier, Captain McFie and Lieutenant Butler, all were conspicuous in the charge for their coolness and gallantry. In fact, all of the officers acquitted themselves with spirit. In the charge we lost two killed: privates B. W. Boggs and Stephen Boynton, who fell in the front rank.