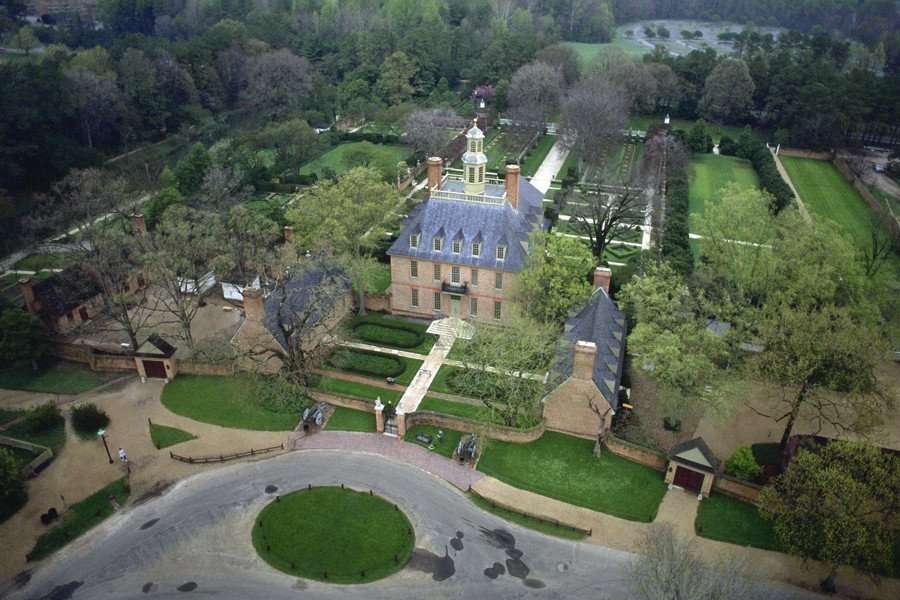 Colonial Williamsburg is the restored and reconstructed historic area of Williamsburg, Virginia, a small city between the York and James rivers that was founded in 1632, designated capital of the English colony in 1698, and bestowed with a royal charter in 1722. It was a center of political activity before and during the American Revolution (1775–1783)—where George Washington, Thomas Jefferson, and Patrick Henry debated taxes, slavery, and the inalienable rights of men—and has since become the site of an ambitious restoration project launched in the 1930s and funded largely by the family of John D. Rockefeller Jr. With many of its historic structures rebuilt and with "interpreters" reenacting eighteenth-century life, Colonial Williamsburg has become a landmark in the history of the American preservation movement. More than that, though, the project serves as a self-conscious shrine of American ideals. The history and legacy of slavery, once downplayed at Williamsburg, is now dealt with openly—interpreters are both white and African American—but the focus remains on what the site's originators called "healthful" information about democracy, freedom, and representative government.