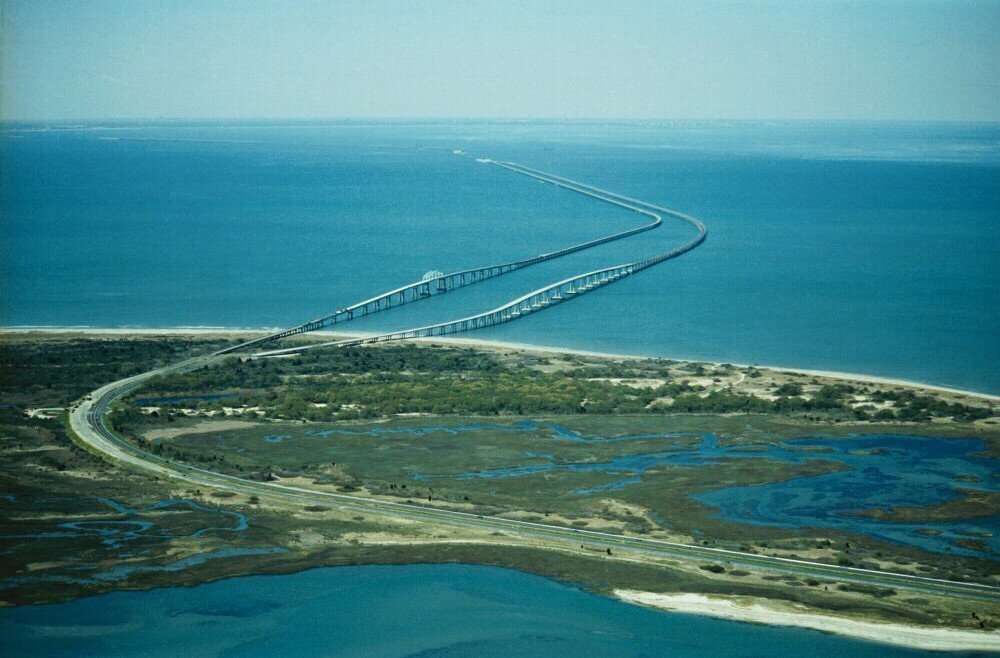 The Chesapeake Bay Bridge-Tunnel (CBBT) connects the Virginia mainland at the city of Virginia Beach directly with the Delmarva Peninsula. Completed in 1964 and recognized by the American Society of Civil Engineers in 1965 as one of the "Seven Engineering Wonders of the Modern World," the structure is comprised of bridges, tunnels, and land roads that span a total of twenty-three miles. Initially considered to be a risky financial move, the CBBT is now a profitable and expanding enterprise.