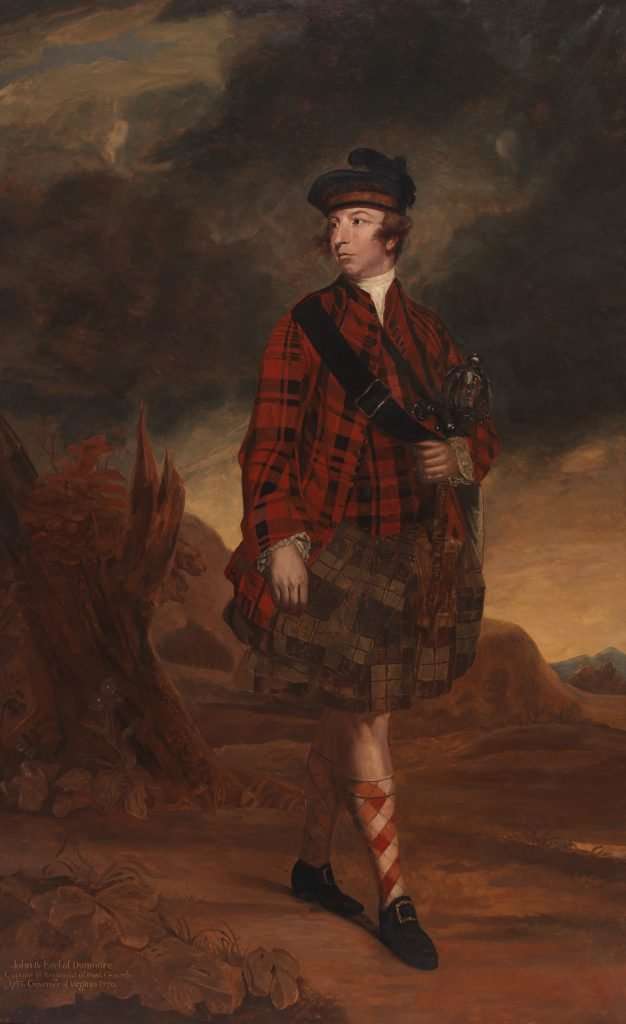 In this full-length copy portrait based on a 1765 painting by the renowned English artist Sir Joshua Reynolds, John Murray, fourth earl of Dunmore, wears the highland tartans of the 3rd Regiment of Foot Guards. Dunmore was in his mid-thirties and a Scottish representative in the House of Lords when he posed for this portrait in Great Britain. Dunmore became the last royal governor of Virginia.

Artist Charles X. Harris copied the Reynolds portrait when it came to the United States in 1929 to hang in a Virginia historical portraiture exhibition at the Virginia House, an English manor house that had been relocated to Richmond four years earlier. The original eighteenth-century portrait is part of the National Galleries of Scotland collection.