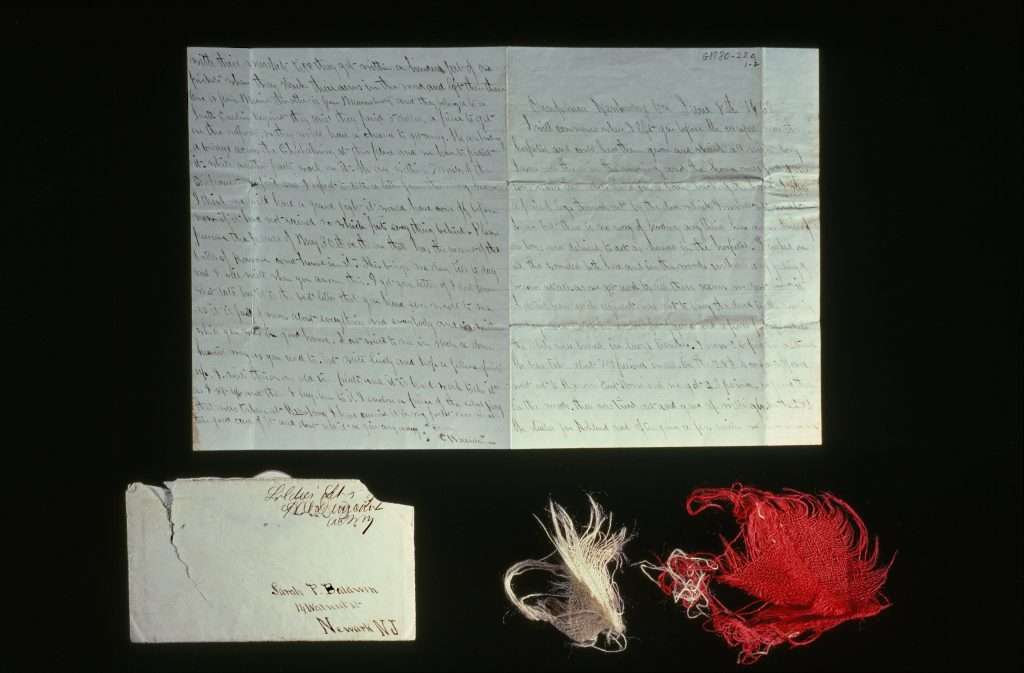 A letter, dated June 8, 1862, from Charles W. Baldwin of Company G, 5th New York Volunteer Infantry, includes fragments from a Confederate flag taken at Williamsburg. Baldwin was writing to a Sarah P. Baldwin—perhaps his sister or wife—in Newark, New Jersey. The Battle of Williamsburg was fought on May 5, 1862. Baldwin ends his letter by writing:

I enclose a piece of the rebel flag that was taken at Wmsburg[.] I have carried it in my pocket ever since[—]take good care of it and don't sell it or give any away.

Baldwin was killed on August 30, 1862, at the Second Battle of Manassas.