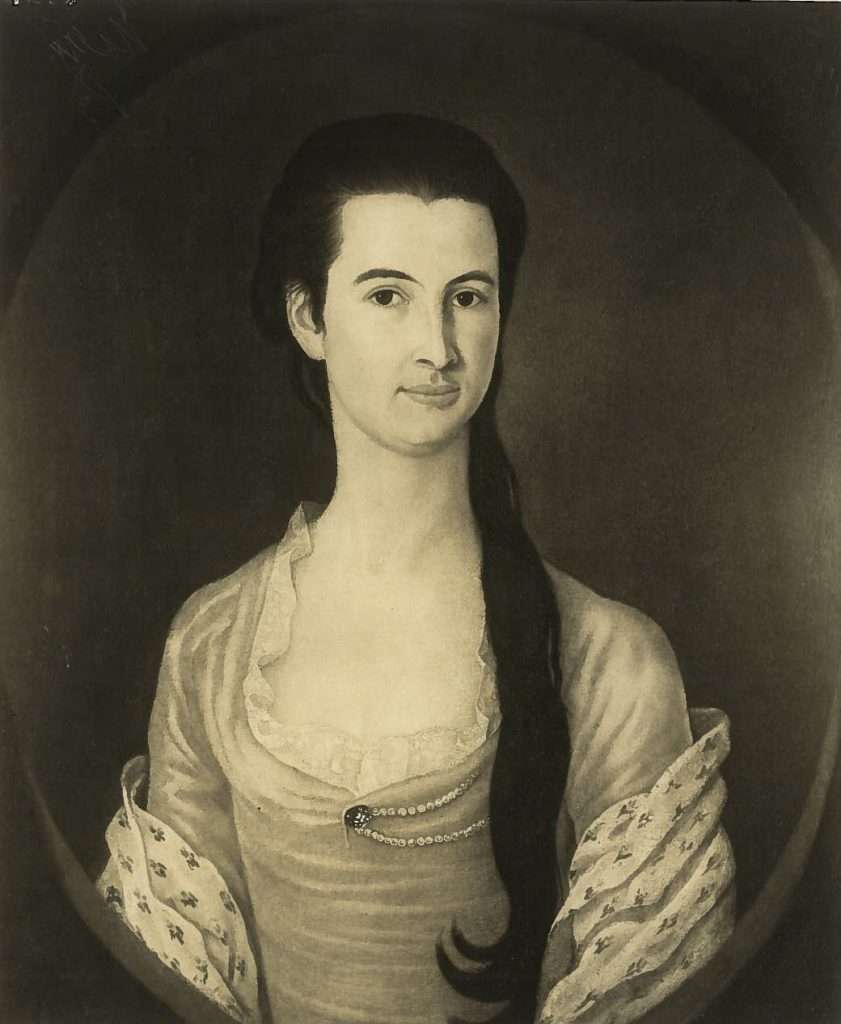 Frances Bland Randolph Tucker, the first wife of St. George Tucker, is the subject of this 1780 portrait by John Durand. Frances Randolph was a widow when she married St. George Tucker on September 23, 1778. Durand painted separate portraits of the newlyweds. According to family tradition, St. George Tucker shipped both portraits to Bermuda, where his parents lived, so they might get a look at their daughter-in-law.

A successful painter in his era, Durand executed commisssions in New York City, New Haven, and Virginia. His nephew, fellow artist Robert Sully, noted that Durand "painted an immense number of portraits in Virginia; his works are hard and dry, but appear to have been strong likenesses, with less vulgarity of style than artists of his calibre generally possess." In addition to portraiture, Durand was willing to take on other work. In an advertisement published in the Virginia Gazette on June 21, 1770, he offered to "paint, gild, and varnish wheel carriages; and put coats of arms, or ciphers upon them."