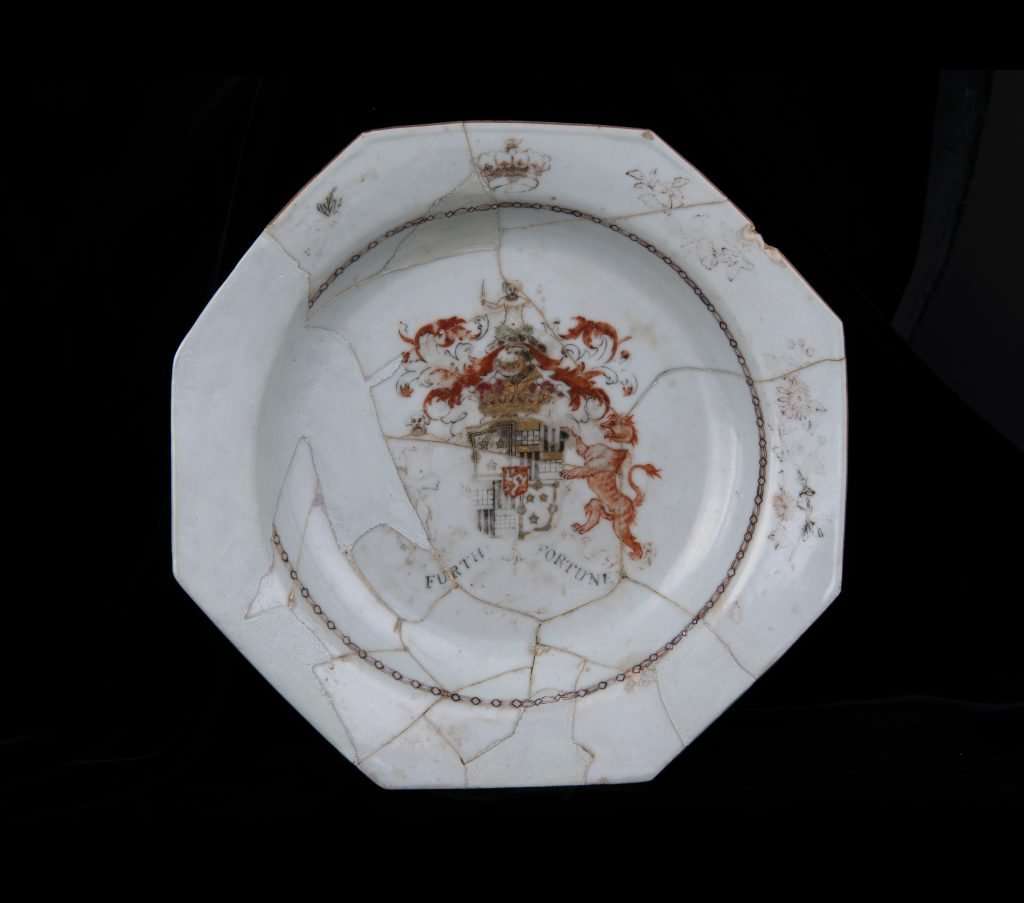 Porcelain Plate from the Household of Virginia’s Last Royal Governor

This octagonal Chinese porcelain plate is part of the dining service that John Murray, fourth earl of Dunmore, brought from Scotland to Williamsburg when he became royal governor of Virginia. The plate bears the Dunmore family coat of arms. In 1775 Dunmore and his family fled Williamsburg and left behind the dishes, which were found by archaeologists in seven different locations in town. This reconstructed plate was excavated from the site of the Governor's Palace.
FEATURED IN