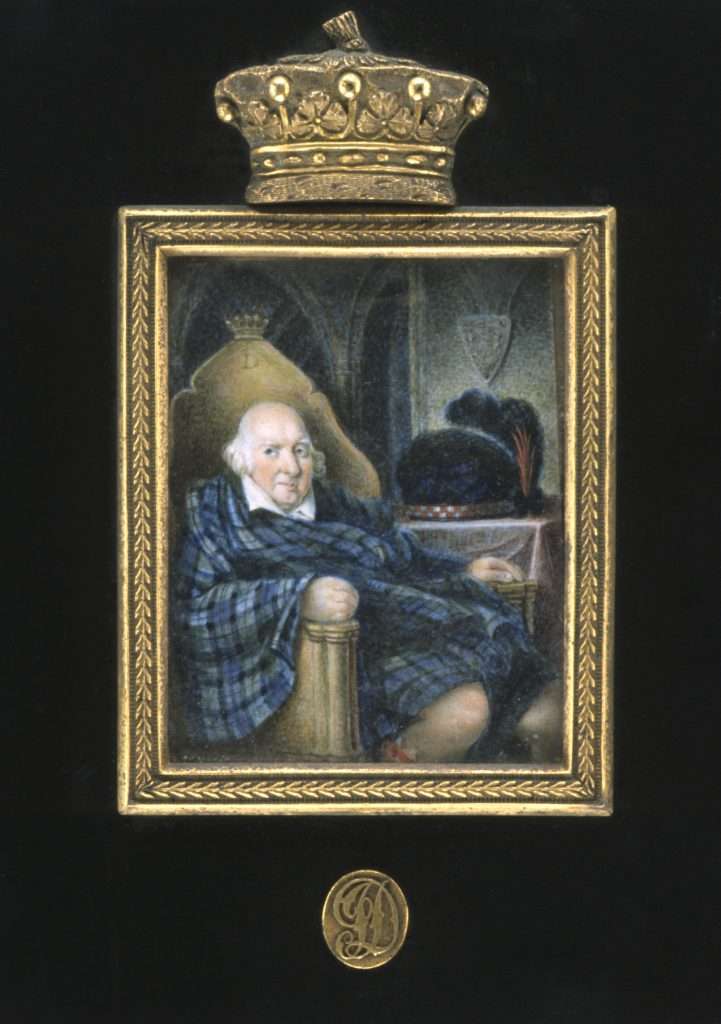 In this miniature portrait, an elderly John Murray, fourth earl of Dunmore, sits slouched in a Gothic-style chair, with an earl's coronet above and the letter "D" below. The elaborate papier-mâché frame echoes the same royal motif, with its copper alloy metal coronet and metal medallion bearing the script letter "D."

This watercolor on ivory is a rare portrait of Dunmore from life. On a table behind him sits a leather bonnet covered in fur (probably black bearskin) and embellished with plumes and a red-and-white-checked band. An ink inscription on the back of the portrait states that the image was "Taken in Febry 1809" and belonged to one of Dunmore's daughters, the "D[uche]ss of Sussex," a title not formally recognized due to her politically controversial marriage to the Duke of Sussex. Dunmore died on February 25, 1809, in Ramsgate, Kent, England.