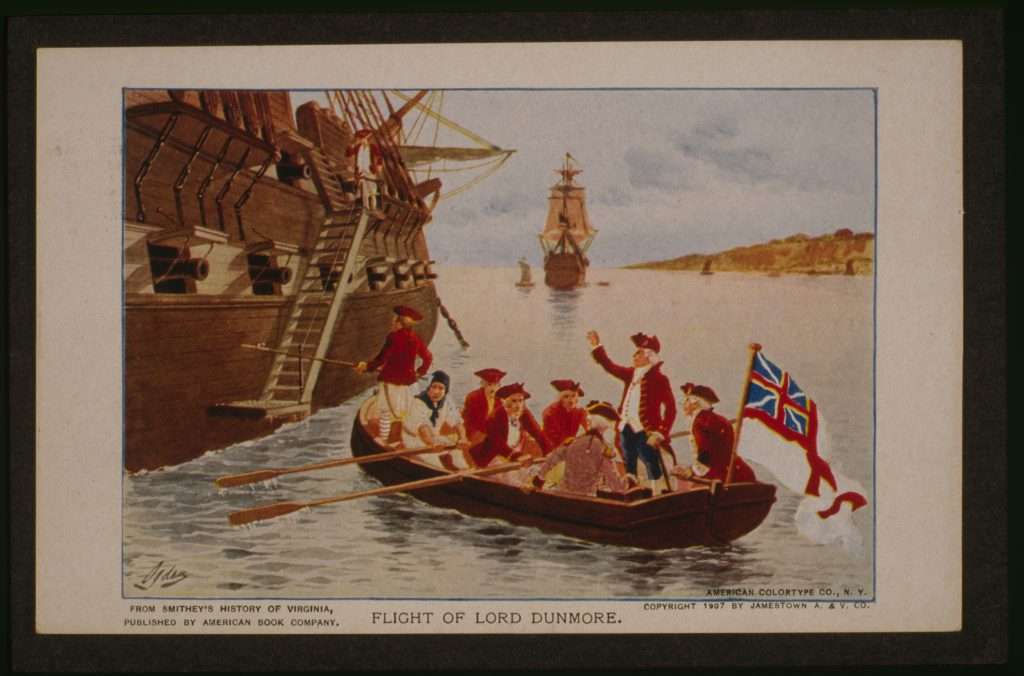 This 1907 color postcard commemorates the flight of John Murray, fourth earl of Dunmore and last royal governor of Virginia, from the Governor's Palace in Williamsburg to safety on the British man-of-war Fowey in June 1775. Dunmore essentially disarmed the colonists on April 20, 1775, by removing their gunpowder from the public magazine, and their strong reaction caused him to abandon permanently his Williamsburg post, seek Loyalist supporters in Hampton Roads, and ultimately sail to Great Britain in 1776.

The postcard was created for the Jamestown Ter-Centennial Exposition in Norfolk.