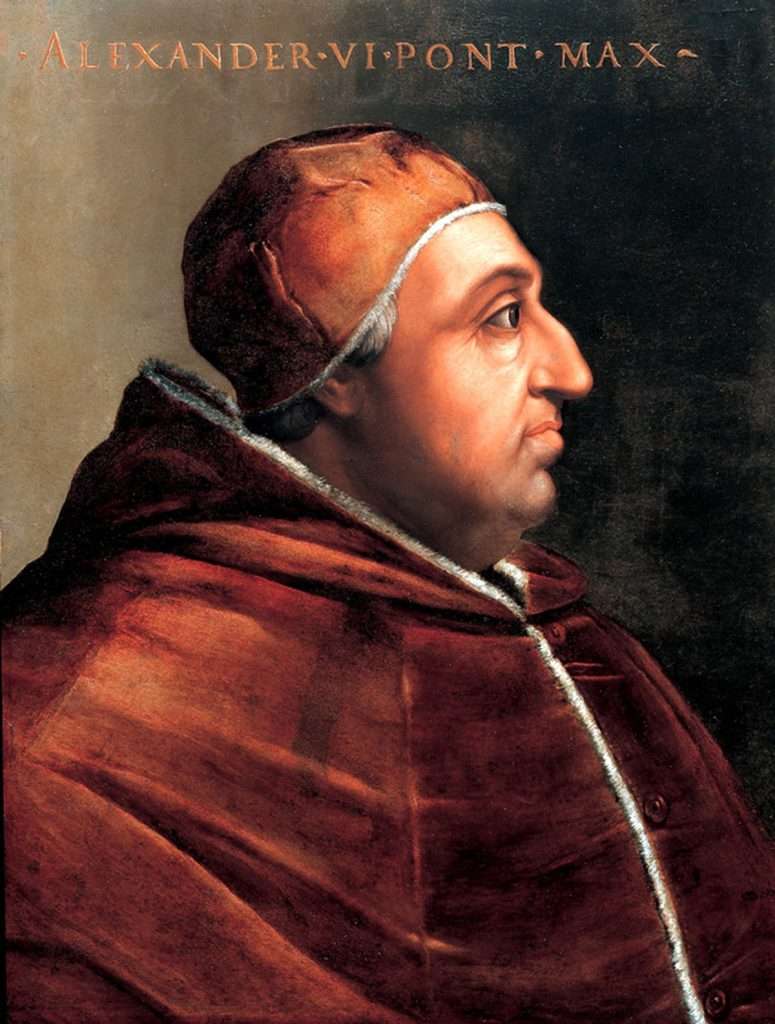 Pope Alexander VI is depicted in this portrait by the Italian painter Cristofano dell'Altissimo. Born Roderic Llançol in Valencia, Spain, in 1431, he was, through his mother, a member of the powerful Borja family that included his uncle, Alonso de Borja, who served as Pope Calixtus III from 1455 until 1458. Upon the election of Calixtus, Llançol assumed his uncle's position as archbishop of Valencia. He was elected pope himself in 1492. The next year he issued a bull, Inter caetera, that effectively divided the world between Spain and Portugal. He decreed that all newly discovered lands west of a line of longitude running through the eatern part of present-day Brazil belonged to Spain, and everything east to Portugal.

With his mistress Vannozza del Cattanei, Alexander had four children, one of whom, Cèsar Borja, became the duke of Valentinois and the first cardinal to resign his position. Alexander's papacy partook of the era's typical corruption, although he made modest efforts at reform. He also served as an enthusiastic patron of the arts. He died in 1503.

The "PONT MAX" in the painting is an abbreviation for the Latin title, Pontifex Maximus, or greatest pontiff. It began as an ancient Roman religious position and then an imperial office. "Pontifex" later referred to Catholic bishops, and beginning in the Renaissance the full phrase was used unofficially to reference the pope, or bishop of Rome.