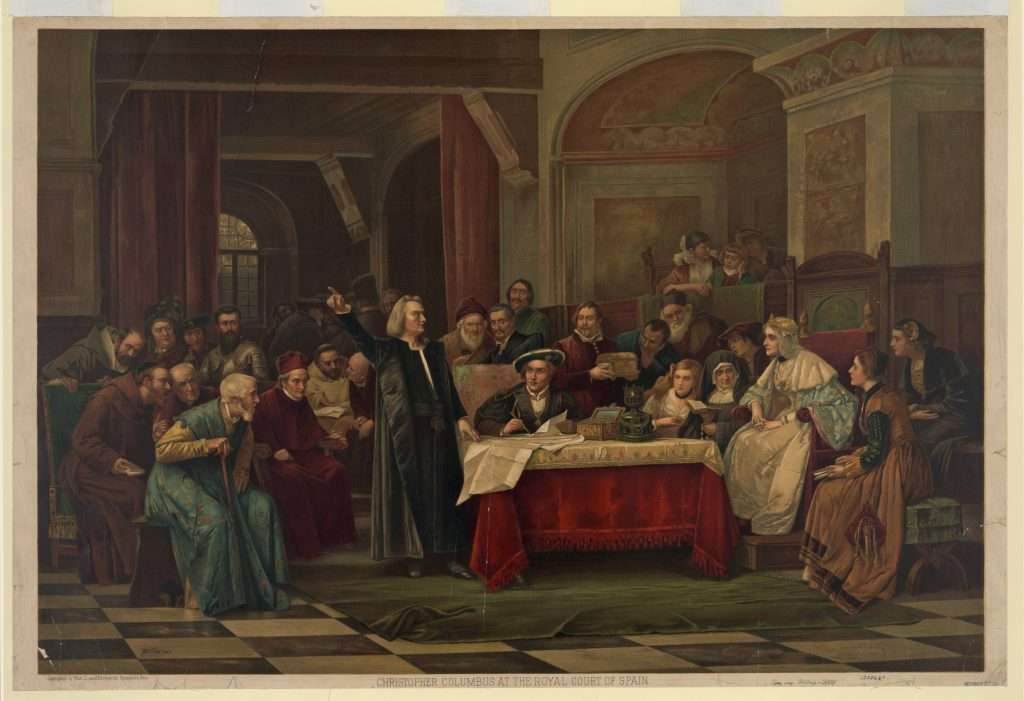 Christopher Columbus at the Royal Court of Spain

In this 1884 painting by the Czech artist Václav BroÅ¾ík, Christopher Columbus gestures before Queen Isabella I of Castile in an attempt to persuade her to fund his voyages of exploration. The queen and her husband, King Ferdinand II of Aragon, met with Columbus multiple times and empaneled multiple commissions, all of which advised the rejection of his plan to sail west to Asia. Only after a final rejection did the queen change her mind, sending a messenger to overtake the departed Columbus.

On the table, the crown jewels represent a long tradition that suggests Isabella used them to cover Columbus's expenses. In fact, she used funds from her treasury.