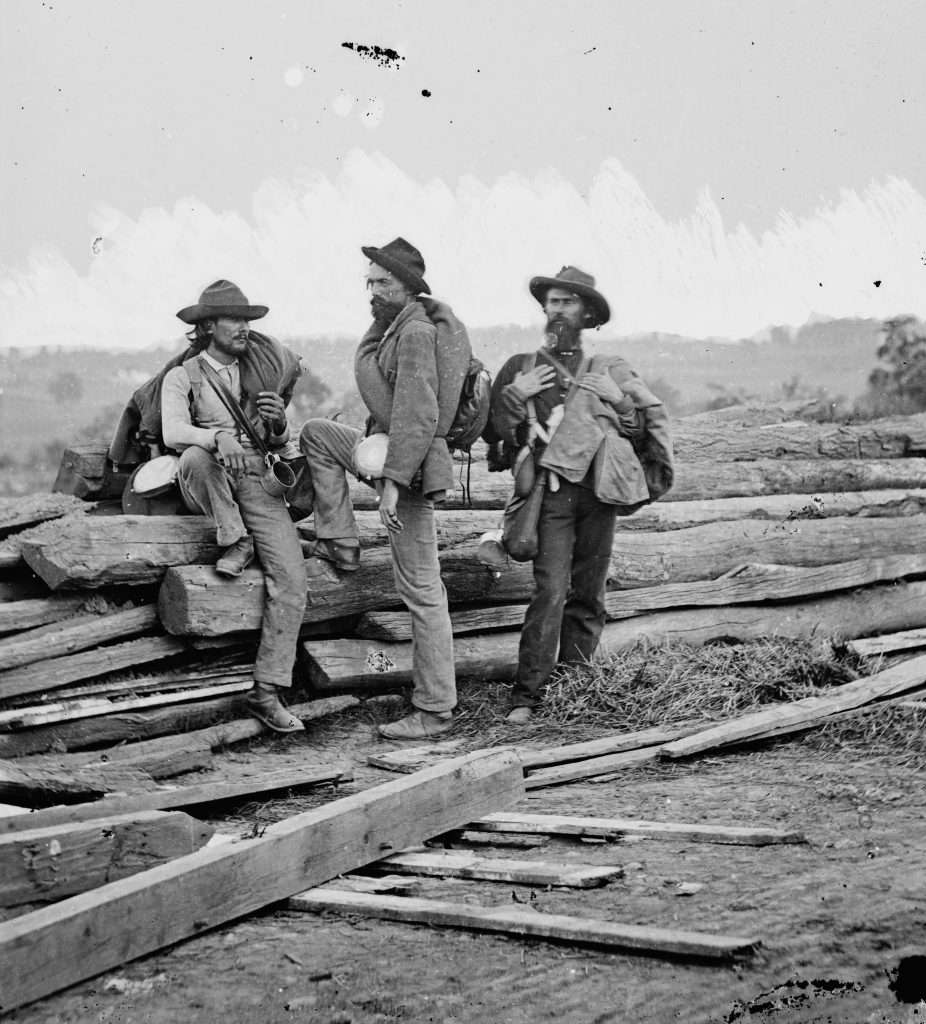 Three Confederate Prisoners from the Battle of Gettysburg

In one of the most famous photographs of the Civil War, three captured Confederate soldiers, likely from Louisiana, pose for Mathew Brady on Seminary Ridge in the aftermath of the Battle of Gettysburg, the three-day battle that took place on July 1–3, 1863. Photographic historian William A. Frassanito believes this photograph was probably made on July 15, 1863, the day before 2500 Confederate prisoners were sent to prison camps in the North. If that date is correct, Frassanito contends that these soldiers—none of whom seems to be wounded—were likely "stragglers, captured during Union mop-up operations somewhere along either the Chambersburg Pike or Hagerstown Road, [General Robert E.] Lee's main routes of retreat."

Meanwhile, a closer look at their uniforms reveals the soldiers to be much better dressed than tradition would have it. According to legend, the Battle of Gettysburg began when barefoot Confederates entered the town looking for shoes. But historian Richard Pougher has used this photograph as evidence that "the common Confederate soldier in the Army of Northern Virginia was well dressed in Southern military uniforms, well-shod, and well accoutered … He was not the ragged, barefoot, poorly equipped individual in nondescript mix-and-match clothing so many have come to see him as."