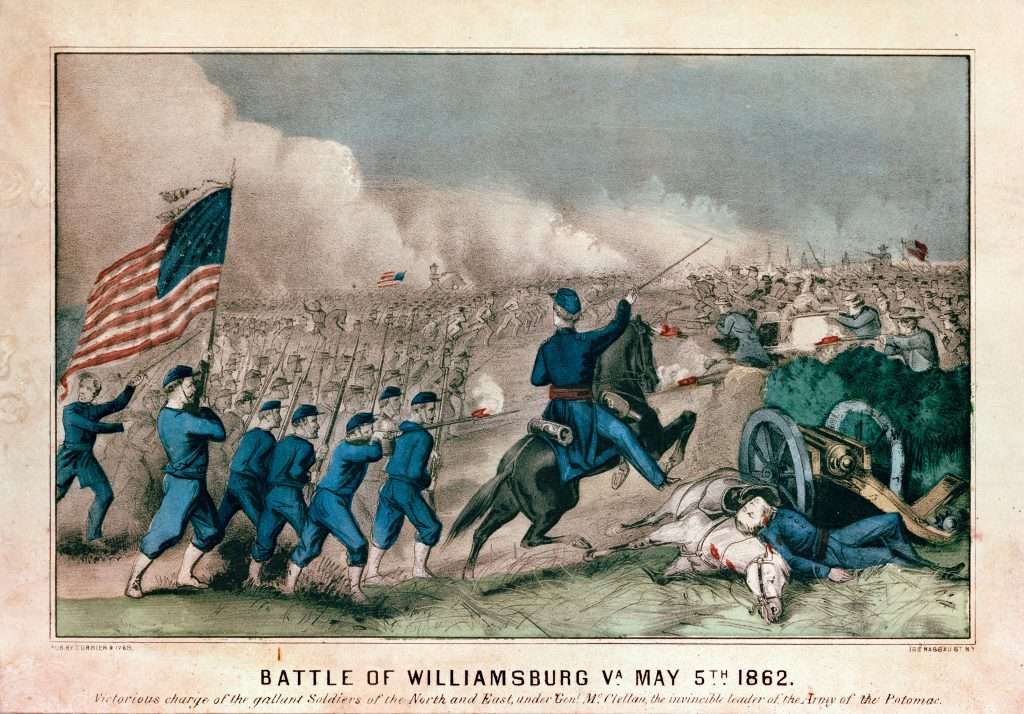 In this pro-Union lithograph produced by Currier & Ives in New York City, a mounted Union officer urges his troops forward during the Battle of Williamsburg. The subtitle of the print reads: "Victorious charge of the gallant Soldiers of the North and East, under Genl McClellan, the invincible leader of the Army of the Potomac." Though the May 5, 1862, battle was under McClellan's overall command, he arrived late in the day so that the field command fell on a number of his divisional and brigadier generals.