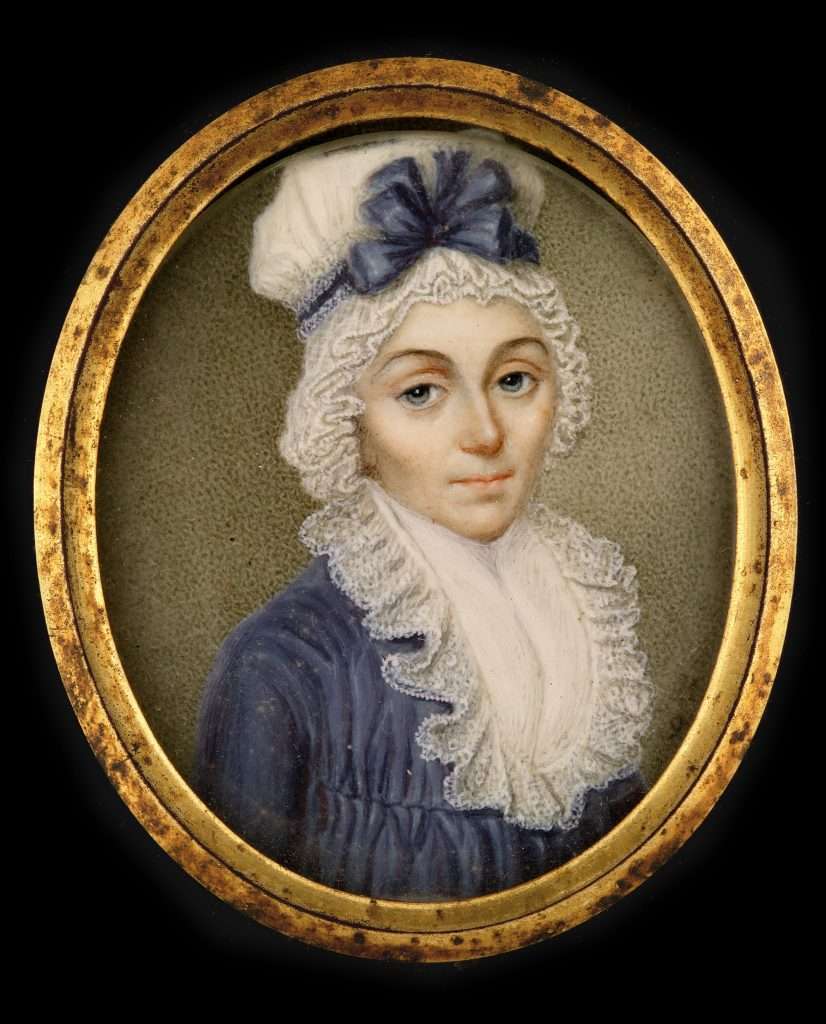 Lelia Skipwith Carter Tucker, the second wife of St. George Tucker, wears a white ruffled cap and a high-wasted blue dress in this miniature watercolor portrait on ivory, probably made in 1799. The French-born artist Pierre Henri created a matching miniature of St. George Tucker at the same time. Henri, an itinerant miniaturist, was known to have worked in Alexandria and Richmond, as well as in Philadelphia, Baltimore, Charleston, New York, and New Orleans. Lelia Carter, a widow, served as a tutor for St. George Tucker's eldest child. Tucker, who had lost his own spouse in 1788, began to court Carter in the autumn of 1790. They married in 1791.
FEATURED IN