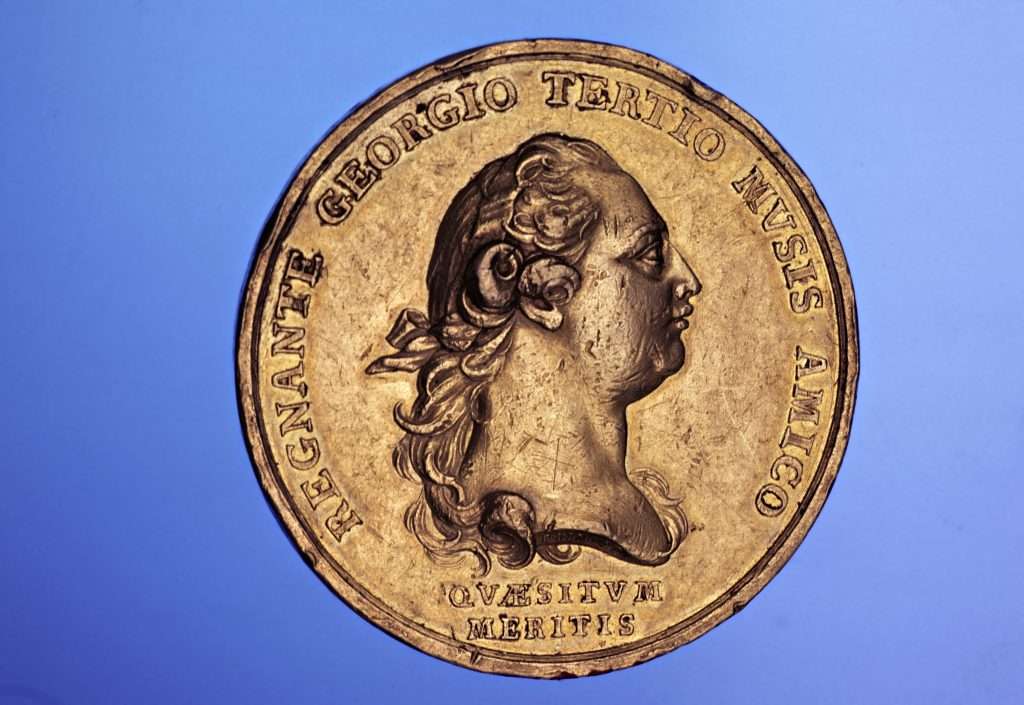 Nathaniel Burwell (1750–1814) won this Botetourt Medal in 1772 for his mastery of natural philosophy. Featured here is the obverse side of the medal, an academic prize awarded by the College of William and Mary and depicting George III, king of Great Britain and Ireland from 1760 to 1811. The Latin text surrounding the king's profile reads, Regnante Georgio Tertio Musis Amico ("George the Third, a friend to the Muses, reigning"), and, at bottom, Quaesitum Meritis ("sought by the deserving").

Norborne Berkeley, baron de Botetourt and royal governor of Virginia, announced the award's creation in 1770 with the intention of honoring two students every year, one in classics and one in natural philosophy. The Royal Mint in London created the dies for the medal in 1771—the first prize medal created by the mint for the colonies. This is one of the eight original gold medals awarded by the College of William and Mary between 1772 and 1775. The American Revolution ended the prize, but it was revived in 1941 and continues to the present, though the award is now given to a single student every year.