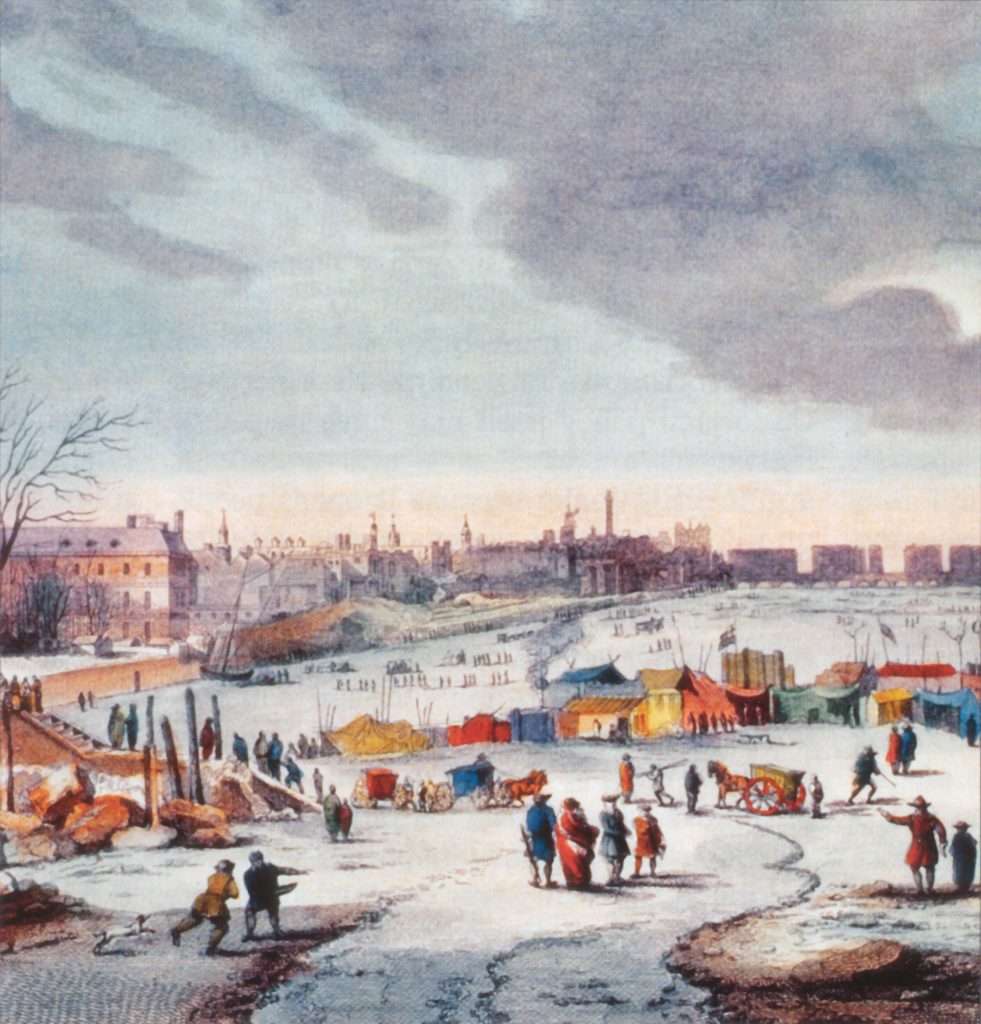 A detail from Frost Fair on the River Thames near the Temple Stairs in 1683–84 depicts a festival taking place on the frozen river, one of a number of so-called Frost Fairs celebrated in London during exceptionally cold winters. This engraving, published in 1825, was based on an earlier painting by the seventeenth-century artist Thomas Wyke.