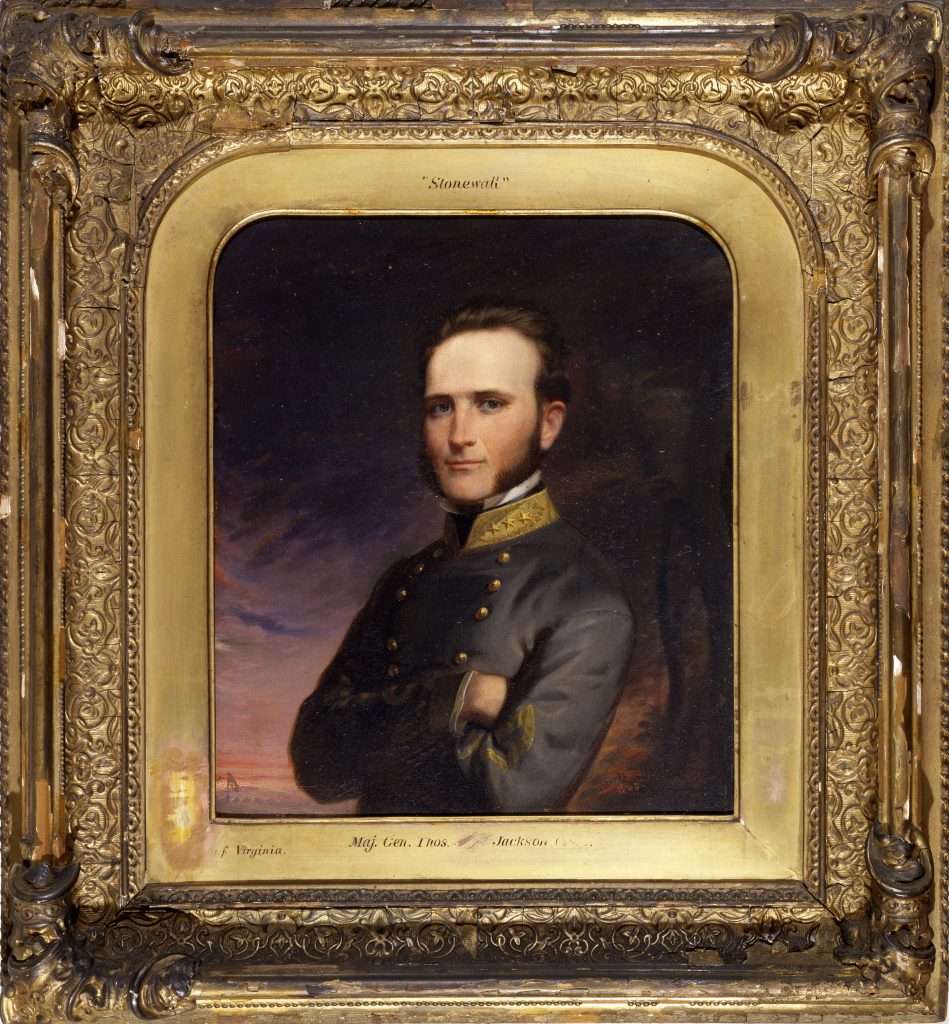 An oil painting by Benjamin Reinhart portrays a beardless Thomas J. Jackson—the way he looked when he was a young officer in the U.S. Army—and placed him in a Confederate general's uniform. Working from an early photograph, the artist painted the image well after the death of Stonewall Jackson in 1863.

Born in western Pennsylvania in 1829, Reinhart became a well-known painter of genre scenes and portraits, including a number of former Confederate officers. Reinhart was so prolific that at least one contemporary critic had reservations about the artist's work: "He has painted so many portraits in so many places and at so many periods of his growth, that occasionally the desire of excelling … was perhaps not a vital force in his own mind."