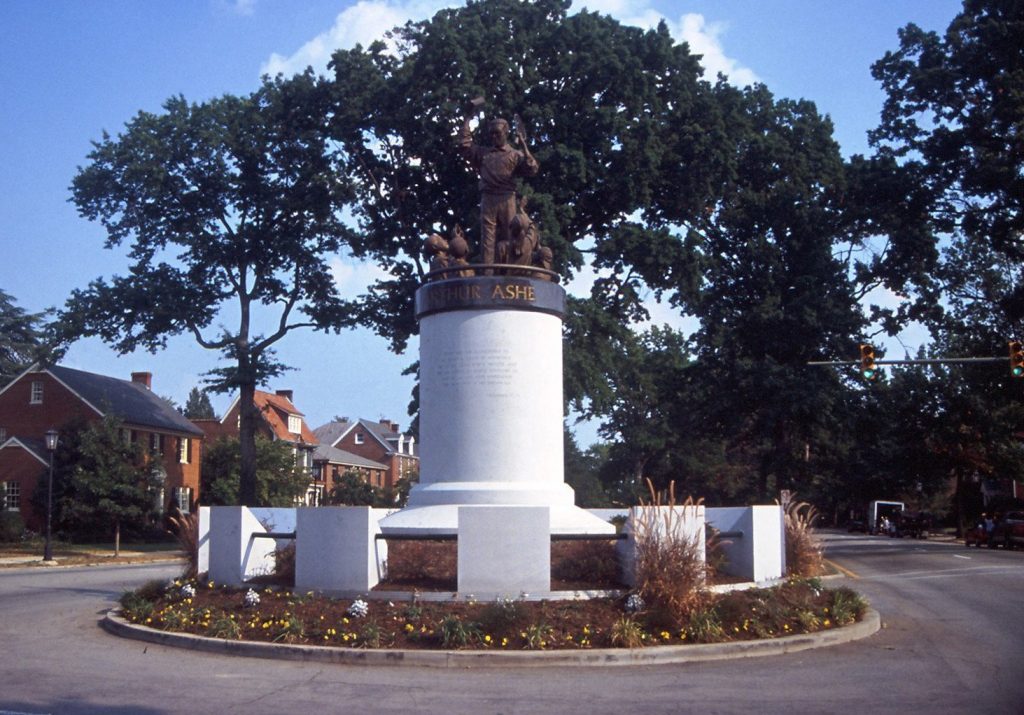 Prior to 1995, Richmond's historic tree-lined Monument Avenue was home to five monuments, all to prominent Confederates including Robert E. Lee, Jefferson Davis, and Thomas J. "Stonewall" Jackson. That year, the city voted to erect a sixth—to tennis superstar and activist Arthur Ashe. In what became the "Battle of Monument Avenue," locating the monument there became a divisive issue taking months of debate before its unveiling on July 10, 1996, or what would have been Ashe's fifty-third birthday. The twelve-foot statue on a forty-four-ton stone column depicts Ashe facing west, surrounded by children, holding a tennis racket in one hand and carrying books in the other. The statue is a fitting tribute to the man who could not play tennis on most playgrounds in his own hometown, but who loved children and stressed learning as a means of self-improvement—a reminder of Ashe's struggle and success against racism and discrimination.