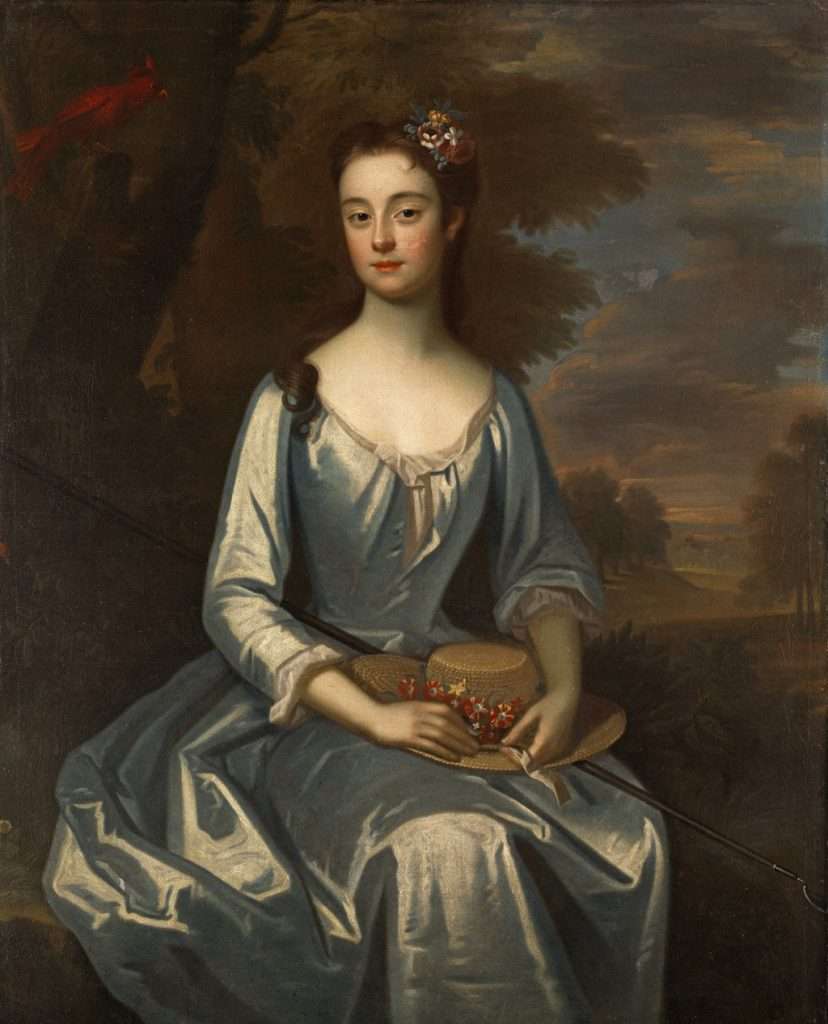 Evelyn Byrd, elder daughter of William Byrd II and his first wife Lucy Parke, sits for her portrait circa 1725. The beautiful young woman, then around eighteen years old, is set amid a pastoral scene, with a straw hat and a long staff, probably a shepherd's crook, in her lap. The portrait was painted in England, where she was educated, though the image contains a subtle reference to her home in North America: a bright red bird, presumably a cardinal which was indigenous to the continent, is perched on a branch in the upper left side of the canvas. The appearance of the bird also plays off her last name.

According to family lore, Evelyn died of a broken heart after her father broke off her attachment to a Catholic, a religion considered unsuitable for the Protestant Byrds. She died unmarried at the age of thirty. This portrait hung at the family's plantation, Westover, in Charles City County until early in the nineteenth century.