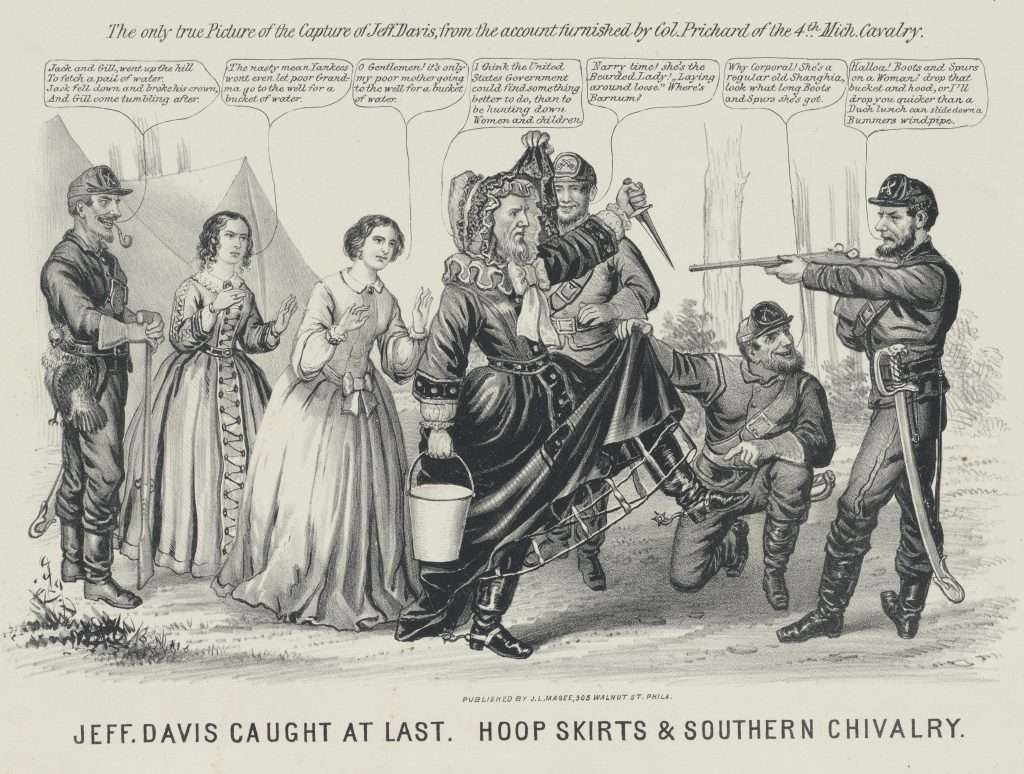 Following the capture of Confederate president Jefferson Davis at the end of the American Civil War (1861–1865), various Northern newspapers reported that Davis had been found wearing women's clothing. Editorial cartoonists took great pleasure in mocking the deposed leader: this particular cartoonist depicts a cross-dressing Davis arguing that "the United States Government could find something better to do than to be hunting down women and children" while his wife and daughter look on in protest. Images of Davis in petticoats and dresses contributed to a growing sense that Davis was an incompetent leader greatly to blame for Union victory, and it would take several decades before his reputation began to recover.