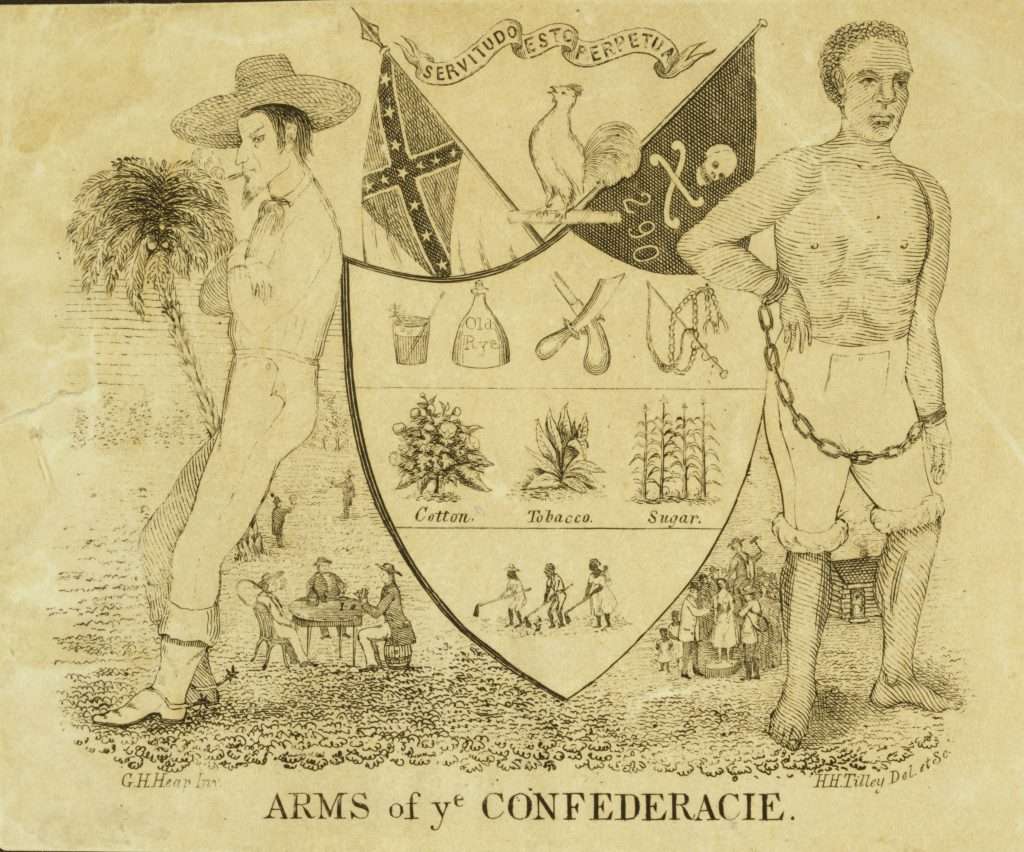 A small, engraved card, published sometime during the Civil War, indicts the Confederacy for its economic dependence on slavery. A fictional coat of arms for "ye CONFEDERACIE" includes a three-tiered shield: at the bottom, slaves work in the field; above them are cotton, tobacco, and sugar, the main crops in the South's agricultural economy; and, at the top, are the tools and the pleasures of the planter—a mint julep, a bottle of "Old Rye," a pistol and dagger, and a whip and manacles to discipline slaves. Above the shield is a Confederate national flag crossed with one showing a skull and crossbones; between the flags is a banner with the motto "SERVITUDO ESTO PERPETUA," or servitude lasts forever. A shackled slave stands to the right dressed only in breeches, while the planter in broad-rimmed hat leans back and smokes a cigar. In the background is a scene from a slave auction, and another showing three planters—one of them holding a whip—as they play cards.