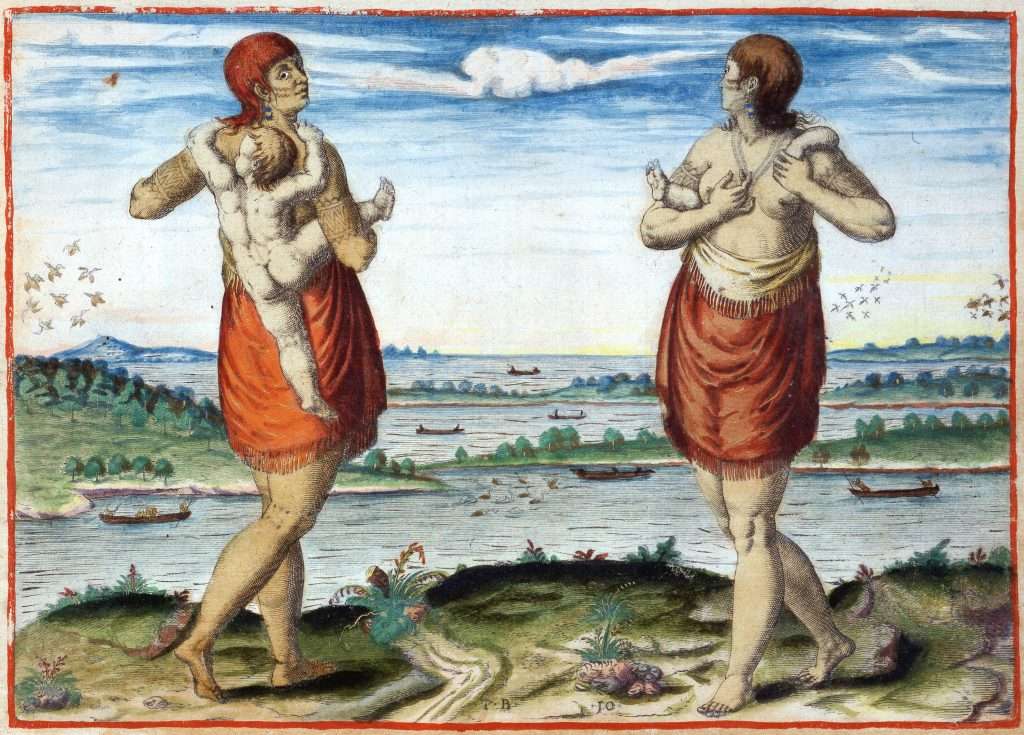 Indian mothers carry their children on their backs in this colored engraving by Theodor de Bry that was based on a watercolor painting by John White. Adding considerable detail to White's eyewitness sketch, de Bry shows village life as it was lived by the Algonquian Indians in the Outer Banks region of present-day North Carolina. These Indians are closely related in language and culture to the Indians of Tidewater Virginia, and White's paintings are an important source of historical and ethnographic information about both groups.

De Bry's engravings were based in part on descriptions by Thomas Hariot, who had accompanied White and approximately 600 colonists to Roanoke in 1585. Hariot later wrote A briefe and true report of the new found land of Virginia, first published without illustrations in 1588. These rare, hand-colored versions of the de Bry illustrations appeared in a 1590 Latin edition of Hariot's text.

There is some confusion as to what town these women are from: White's original painting featured a sole woman identified as being from Pomeiooc; but in this de Bry engraving, the two figures are said to be from Dasemunkuepeuc, a town about five miles from Roanoke. According to Hariot's text, the English found the manner in which Indian women held their children very "strange … and quite contrarie to ours. For our woemen carrie their children in their armes before their brests … " Cradleboards were commonly used to carry infants in Virginia.