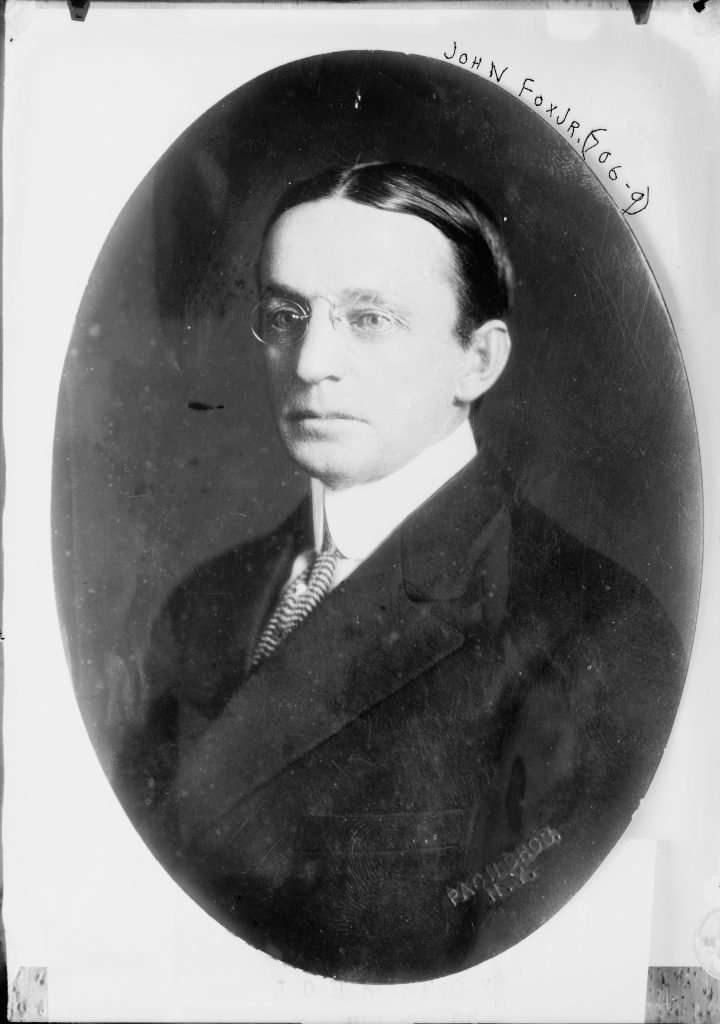 John Fox Jr. was one of Virginia's best-selling writers in the first decade of the twentieth century. He chronicled in popular fiction the customs and characters of southern Appalachia and produced two of the first million-selling novels in the United States. Though he enjoyed enormous commercial success, especially with The Little Shepherd of Kingdom Come (1903) and The Trail of the Lonesome Pine (1908), Fox is today regarded as a fairly sentimental practitioner of the local-color genre, a style of writing that foregrounds place and regionalism. Still, he is fondly celebrated by the southwestern Virginia town Big Stone Gap, where he resided much of his life.