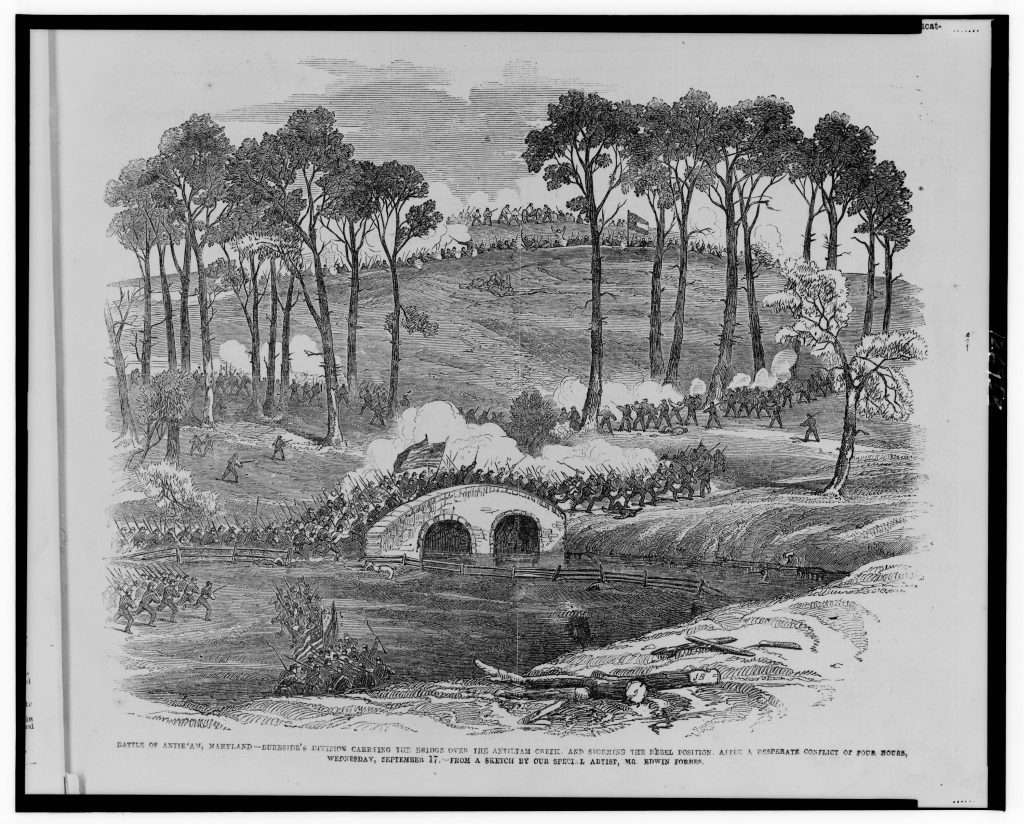 Union general Ambrose E. Burnside's Ninth Corps charges across Antietam Creek at the Battle of Antietam on September 17, 1862. Although Burnside's men did not attack as early as Union commander George B. McClellan had hoped, their assault threatened to carry the day. Confederates under A. P. Hill, however, made an extraordinary forced march from Harpers Ferry, Virginia, to arrive in time to launch a ferocious mid-afternoon counter-attack. Hill saved Lee's outnumbered army from almost certain destruction in what was the bloodiest single day of the war and, indeed, in American history. Shortly afterward, Lee called Hill his best general after James Longstreet and Thomas J. "Stonewall" Jackson, observing, "He fights his troops well and takes good care of them."

This illustration, by Edwin Forbes, appeared in Frank Leslie's Illustrated Newspaper, with Harper's Weekly one of just two of national outlets for drawings of the war. The magazine averaged sixteen large pages and, in 1862, sold a yearly subscription for $3.50.