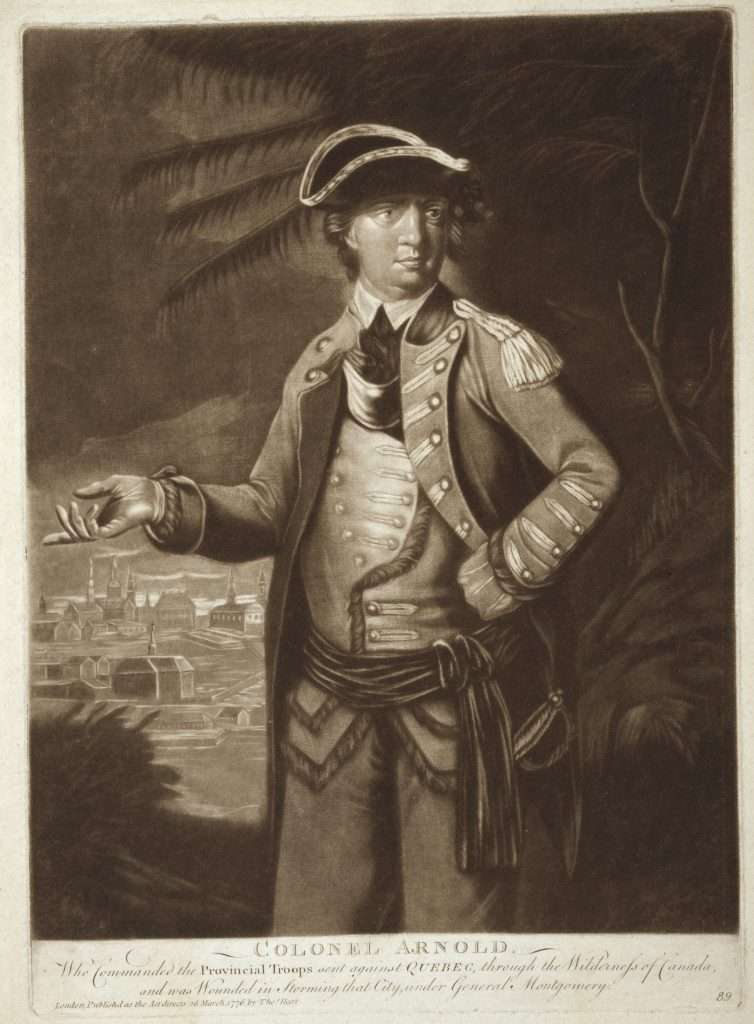 Benedict Arnold, a colonel in the Continental army, gestures with his right hand toward a view of Quebec, Canada, in this mezzotint print published in London on March 26, 1776. Arnold led American troops through the wilderness and attacked British-held Quebec in December 1775. Arnold was severely wounded during the battle and promoted to brigadier general. By July 1779, however, Arnold had switched allegiances and was secretly providing military information to the British; in 1780 he became an officer in the British army and led a series of attacks in Virginia.