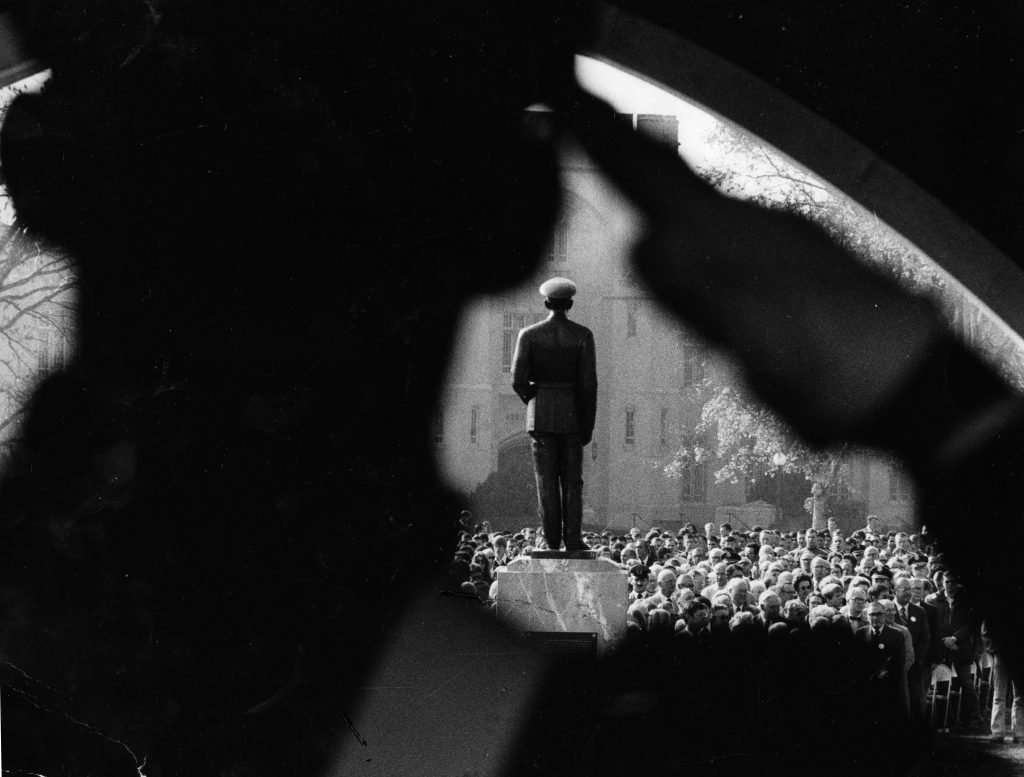 On November 11, 1978, Virginia Military Institute cadet Chris Roman salutes during the dedication of a statue of soldier-statesman George C. Marshall on the school's parade grounds. Marshall, who served the United States in times of war and peace as Chief of Staff of the Army, secretary of state, and the third secretary of defense, was part of the class of 1901 at VMI, and went on to become one of the school's most distinguished graduate.