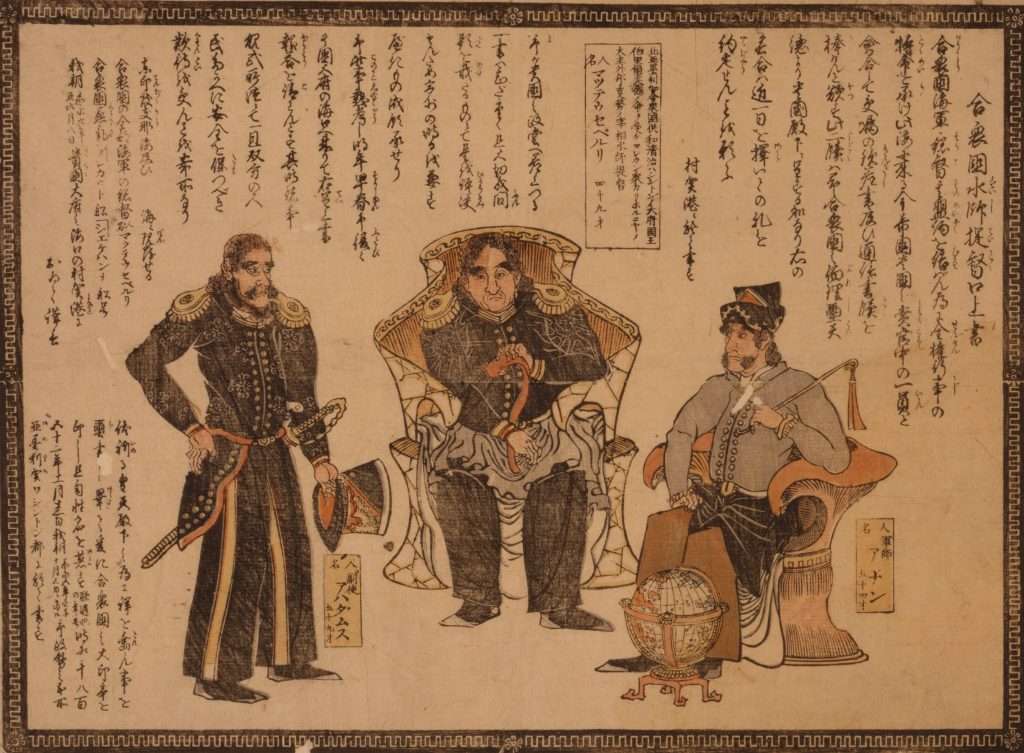 Commodore Matthew Perry, who became famous for opening Japan to the West, sits at center in this Japanese woodblock print made about 1854. The officer standing at left is believed to be Commander Anan; Captain Henry Adams sits at right. In a show of might, Perry commanded a fleet into Japanese waters in 1853 and again in 1854 in order to pressure that country into signing a treaty of friendship with the United States. The treaty led to the opening of trade relations between the countries.