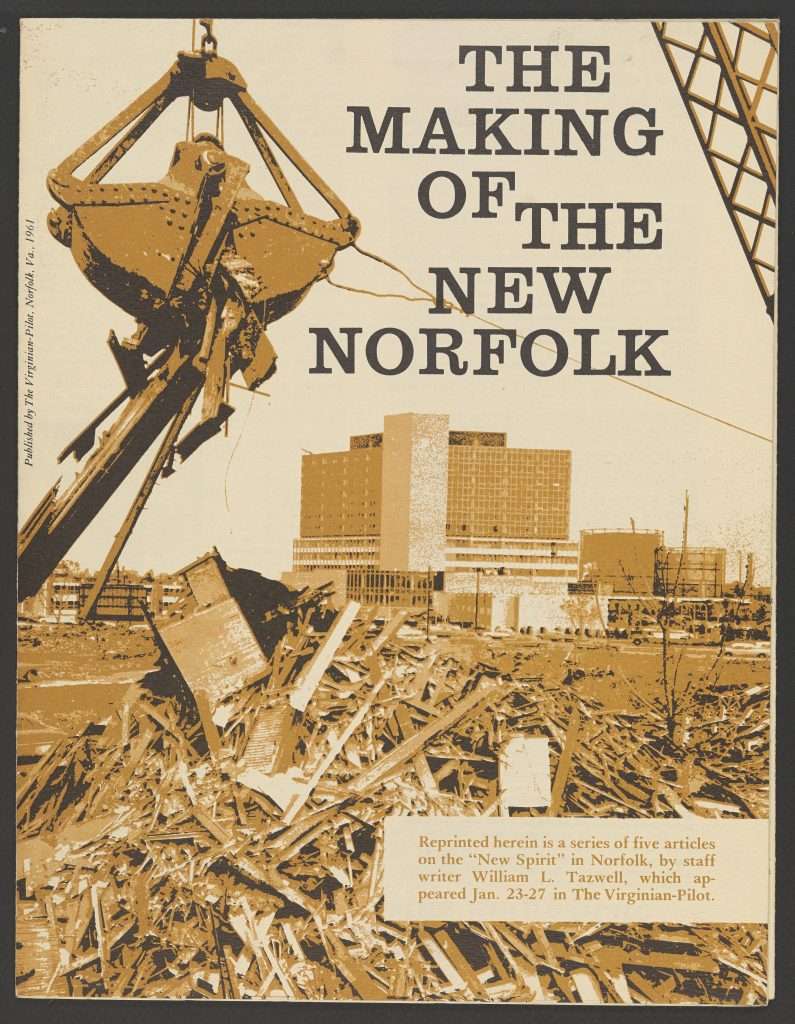 The Making of the New Norfolk

An illustrated broadside promotes The Making of the New Norfolk (1961), a publication produced by the Norfolk Redevelopment and Housing Authority. The image depicts old buildings being demolished to make way for new buildings, such as the ones in the distance. The Norfolk Redevelopment and Housing Authority replaced hundreds of acres of buildings as part of its urban-renewal projects. The housing authority reprinted a series of five newspaper articles by William L. Tazewell, a staff writer for Norfolk's Virginian-Pilot who was in favor of the redevelopment efforts.