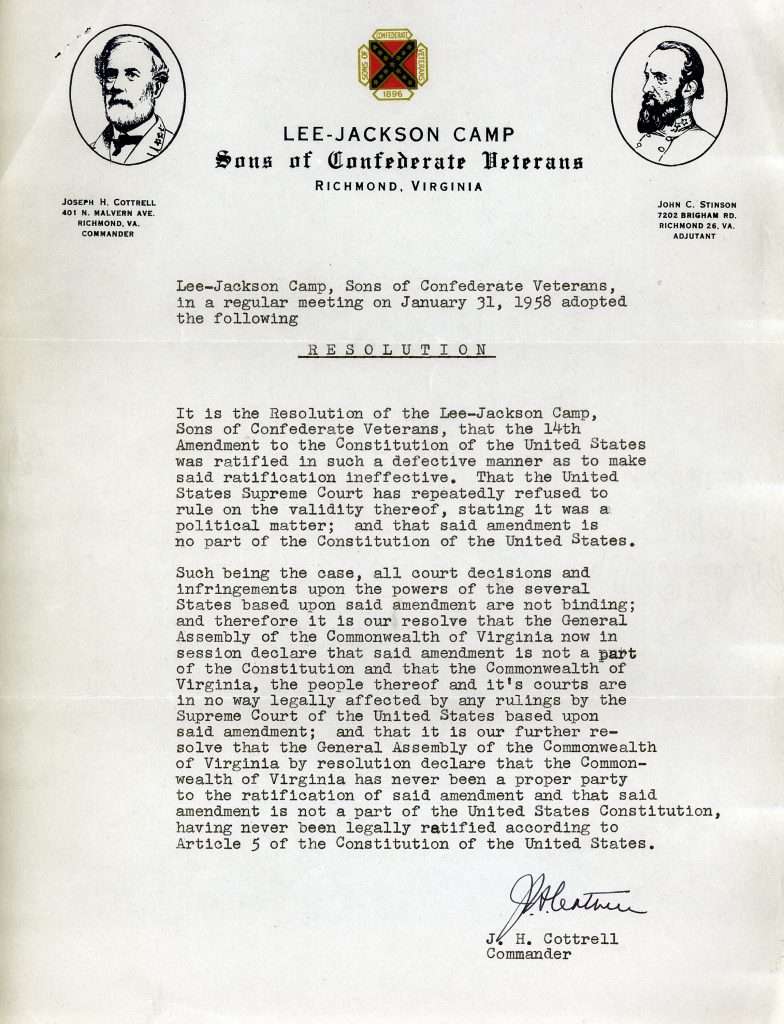 A resolution adopted on January 31, 1958, by the Lee–Jackson Camp of the Sons of Confederate Veterans in Richmond declares that the Fourteenth Amendment "was ratified in such a defective manner as to make said ratification ineffective." According to the Confederate group, Supreme Court decisions based on that amendment are therefore not binding. Further, the resolution calls upon the General Assembly to state that the Fourteeenth Amendment was never legally ratified in Virginia and "that said amendment is not a part of the United States Constitution."

This resolution by the Confederate group came in opposition to a series of Supreme Court rulings concerning desegregation and civil rights.