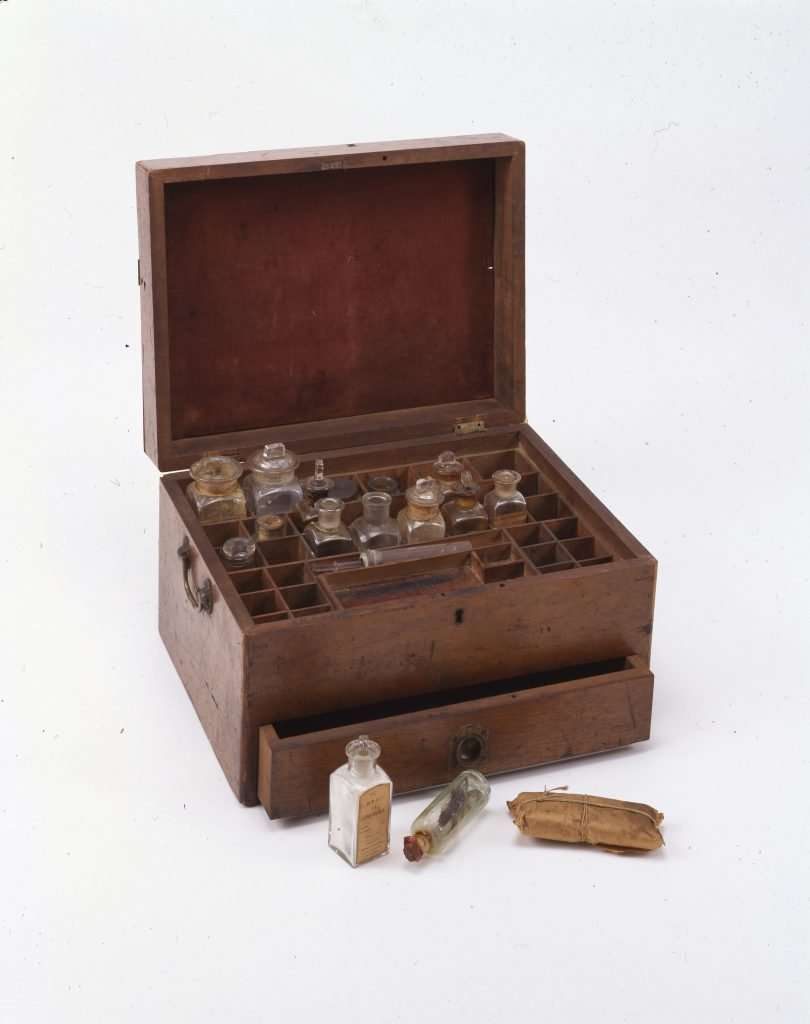 Glass bottles filled with quinine, peppermint, and other medicinal remedies remain in a wooden chest that was presented to the Richmond Sharpshooters, Company H, 23rd Virginia Regiment, by the city of Richmond during the Civil War. Doctors at that time commonly prescribed quinine as a treatment for respiratory problems and malaria; peppermint could be implemented as a numbing agent and antiseptic. Removed from the chest and situated in the foreground of the image are a bottle labeled "OPII ET CAMPHORÆ" (Latin for opium and camphor), and a glass vial lying on its side that contains the preserved remnants of a snake and a newt. While the opiate was most likely used as either a pain management agent or an anti-diarrheal, the exact purpose of the newt and snake is unknown. Although nineteenth-century folk remedies involved such creatures, most required living, not embalmed, specimens. An accompanying note with the chest indicates that a Confederate officer, 2nd Lieutenant Emmett E. DePriest, put the animals in a bottle while his unit was camping along the Greenbrier River in 1861. It is believed that the specimens were probably saved as curiosities by the lieutenant, rather than for medical reasons.