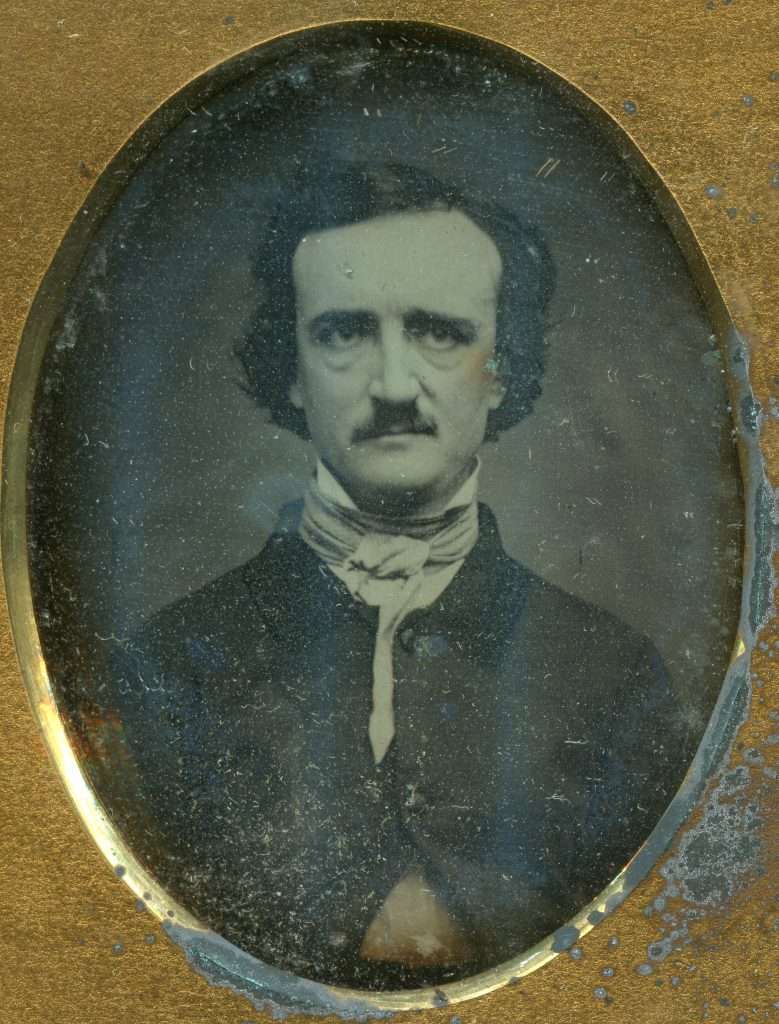 This image of the author Edgar Allan Poe is a copy of a daguerreotype made by Edwin H. Manchester at the Masury & Hartshorn studio in Providence, Rhode Island, on November 9, 1848. Four days earlier, Poe had taken an overdose of laudanum in an attempted suicide after Sarah Helen Whitman, a local poet, had refused his marriage proposal. Whitman called this dark portrait Ultima Thule, from the Greek and Latin, meaning the most extreme reaches of the world and alluding to Poe's poem "Dream-Land." She later told a Poe biographer that the image "was taken after a wild distracted night … had left its sullen shadow on his brow." Michael Deas, an expert on Poe imagery, has described this portrait as "the image of the tragic romantic poet: solemn, detached, consumed by his own wildly self-destructive nature." The original daguerreotype disappeared in 1860, but in the 1850s Whitman had at least four copies of the image made—including this one, which measures only three inches in height.

Poe was fascinated by early photography and sat for at least eight daguerreotype portraits between 1842 and his death in 1849.