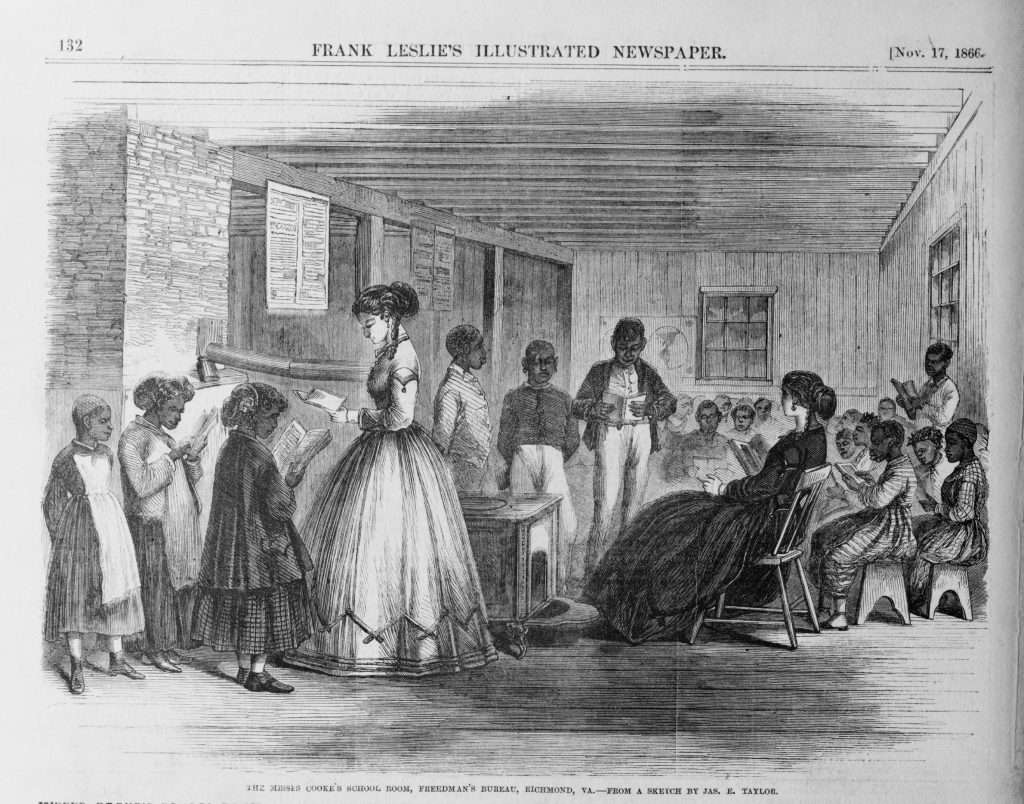 An engraving in the November 17, 1866, edition of Frank Leslie's Illustrated Newspaper depicts two white teachers, both named Cooke, instructing African American pupils at a Freedmen's Bureau school in Richmond. The school was located in Chimborazo Hospital, the largest and most famous Confederate medical facility during the Civil War.

According to the accompanying newspaper article, "The whole of the buildings of this hospital were assigned for the reception of colored refugees after the evacuation of the city by the Confederates; and this school, founded under the auspices of the National Freedmen's Relief Association, tells its own story … [of] the promise which it gives of permanent benefit to that colored race which could not have been kept in slavery if it had not likewise been kept in ignorance."