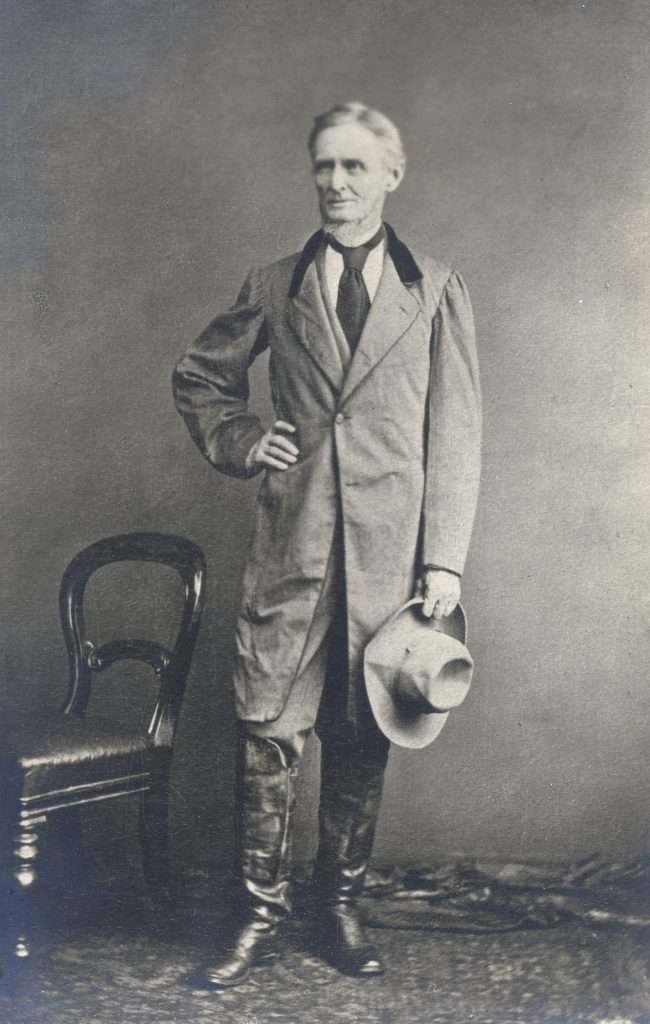 Jefferson Davis in the Clothes in Which He Was Captured

Jefferson Davis, president of the Confederate States of America during the American Civil War (1861–1865), was captured on May 10, 1865, by Union cavalry near Irwinville, Georgia, one month after Confederate general Robert E. Lee's surrender at Appomattox. This photograph was produced after his release from incarceration, in part to counter allegations in the Northern press that Davis had been captured wearing clothes belonging to his wife, Varina Davis—although he was wearing what was described as a woman's cloak and shawl over his clothes.