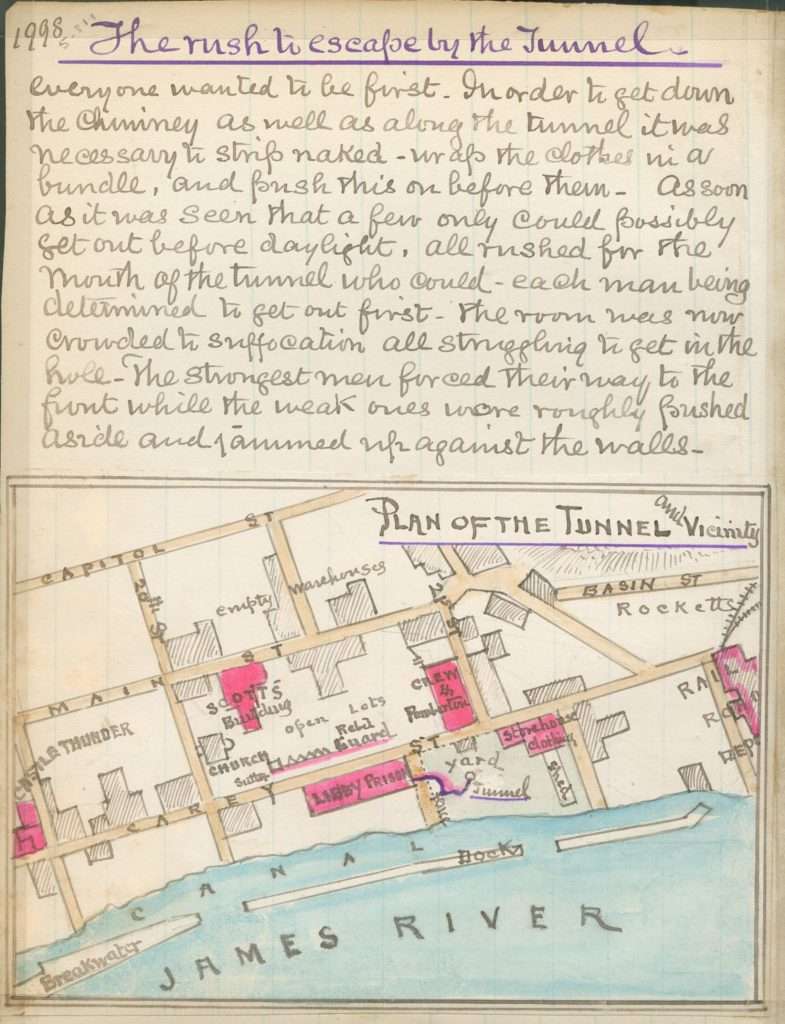 A watercolor by former Union prisoner of war Robert Knox Sneden includes a map of the area surrounding Libby Prison in Richmond as well as a written account of the February 1864 escape attempt by 109 of its inmates. (Fifty-nine successfully reached Union lines.) At the time of the escape, Sneden was being held in a neighboring prison, where he kept a diary and made rough sketches. After the war he refined and colored them.