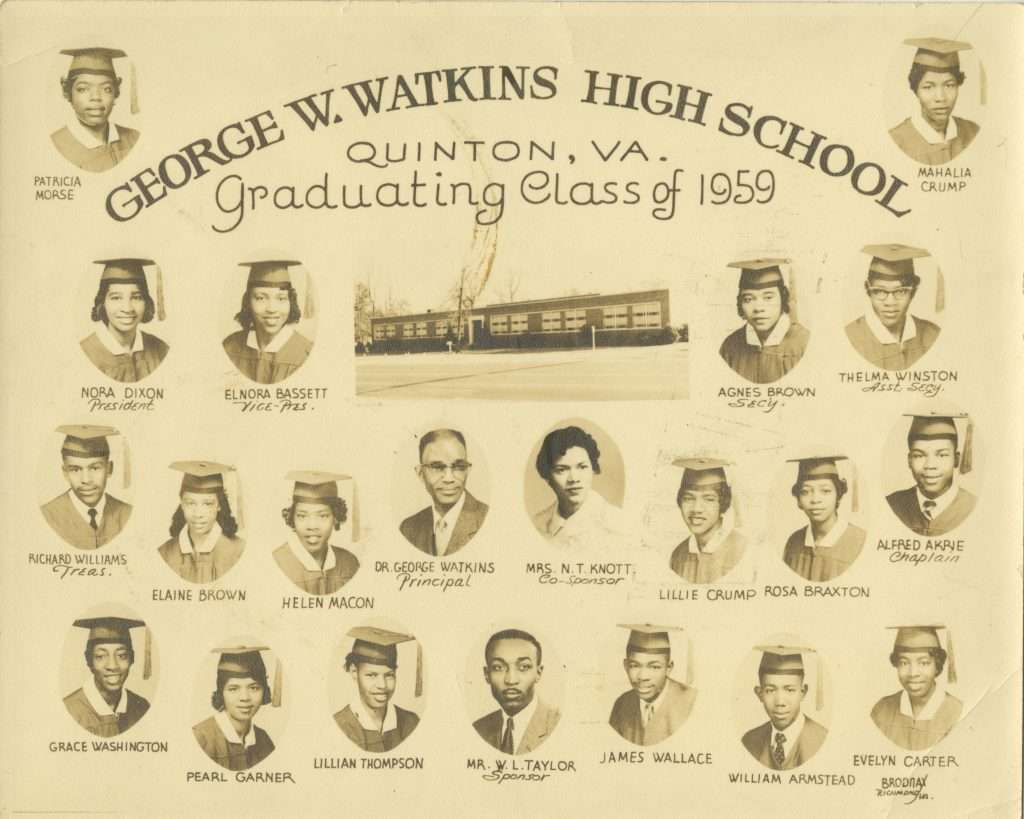 A composite photograph shows the class of 1959 from George W. Watkins High School, in Quinton, New Kent County. Named after its principal, at center, it was at the time an all-black combined elementary and high school. The county's schools remained segregated for more than a decade after the Supreme Court decision in Brown v. Board of Education (1954), which declared segregated public schools to be unconstitutional.