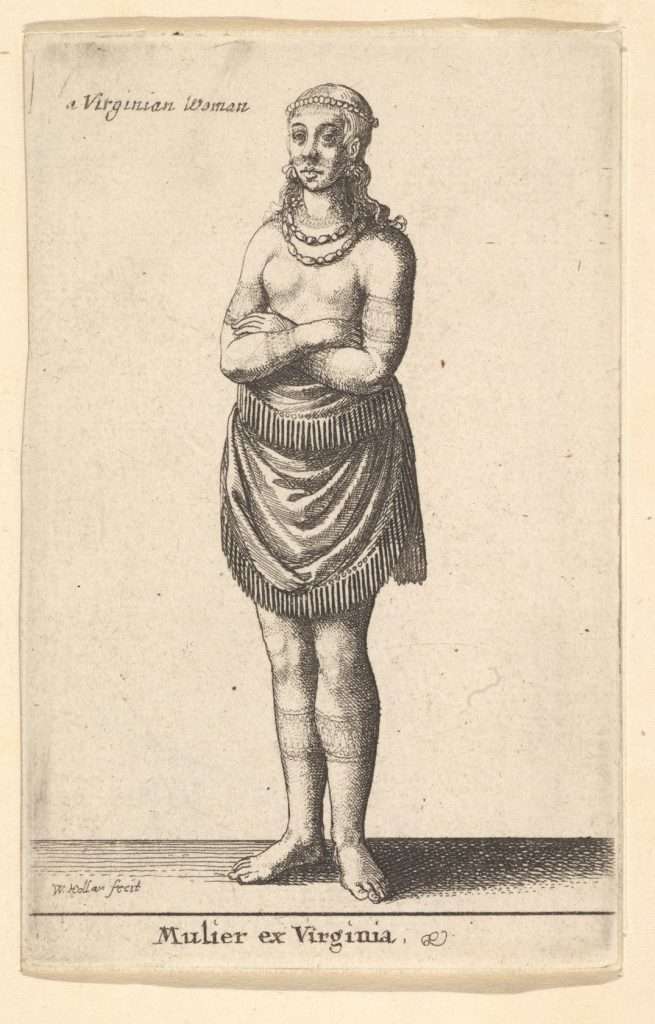 This 1643 etching by Bohemian-born artist Wenceslaus Hollar is titled A Virginian Woman—a depiction of one of the native people who inhabited the country for thousands of years before the arrival of the English. This image was based on earlier engravings by Theodor de Bry that were published in an illustrated version of Thomas Hariot's A briefe and true report of the new found land of Virginia (1590). That book included reports on the commodities found there, as well as descriptions of the "nature and manners of the naturall inhabitants." De Bry, in turn, based his engravings on the watercolors produced by English artist John White who visited the Roanoke colony in 1585.