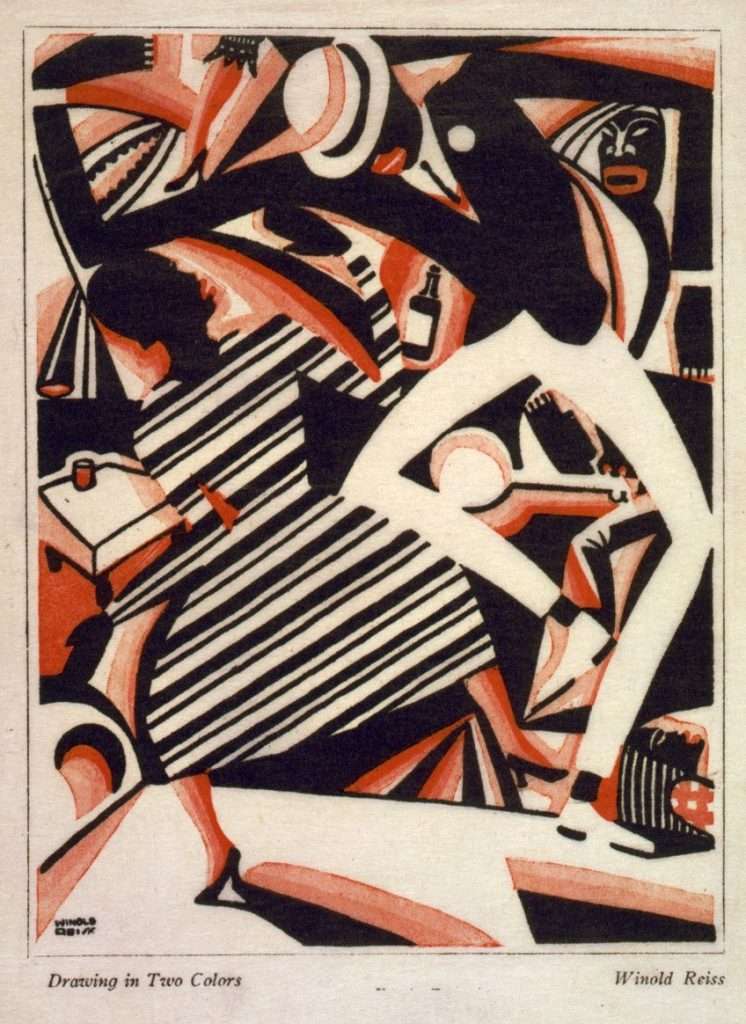 A lithograph by the artist Winold Reiss celebrates African American culture in Harlem between 1915 and 1920. This print is also titled Interpretation of Harlem Jazz 1. A German-born artist who immigrated to the United States in 1913, Reiss made a number of images dealing with African American culture. In 1924 Survey Graphic magazine commissioned him to make portraits of important Harlem Renaissance figures, including W. E. B. DuBois, Langston Hughes, and Zora Neale Hurston. Some of Reiss's work illustrates Alain Locke's The New Negro: An Interpretation (1925), an anthology of African American fiction, poetry, and essays that is considered a definitive text on the Harlem Renaissance.