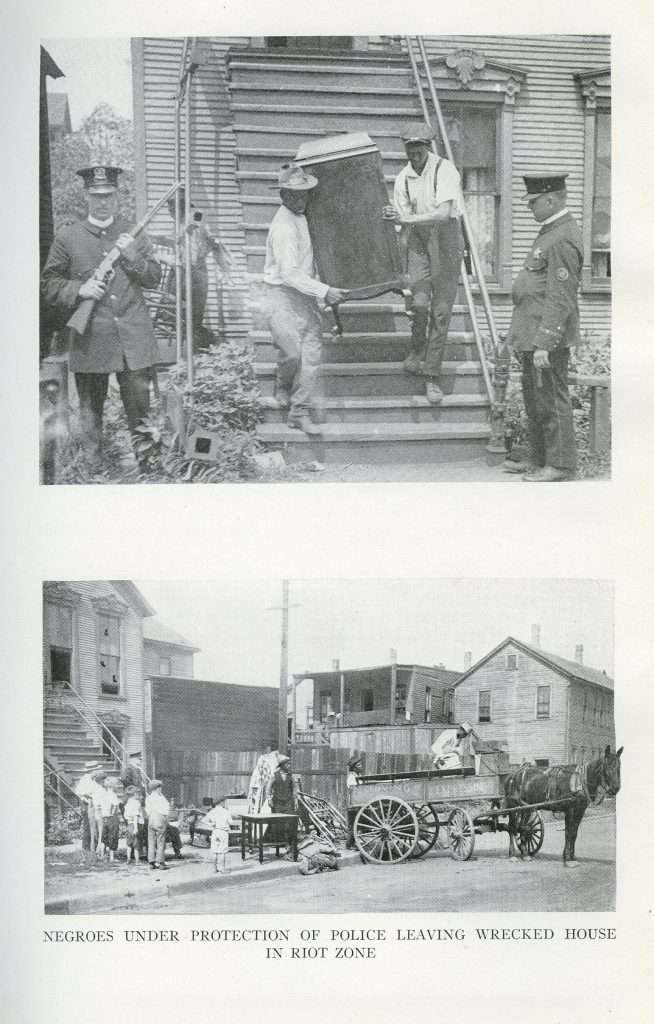 While armed policemen stand guard—and, at bottom, white children look on—members of an African American family remove the furnishings from their home after it was badly damaged during the race riots that took place in Chicago from July 27 until August 2, 1919. These images are included in The Negro in Chicago: The Study of Race Relations and a Race Riot (1922), a book produced by the Chicago Commission on Race Relations.