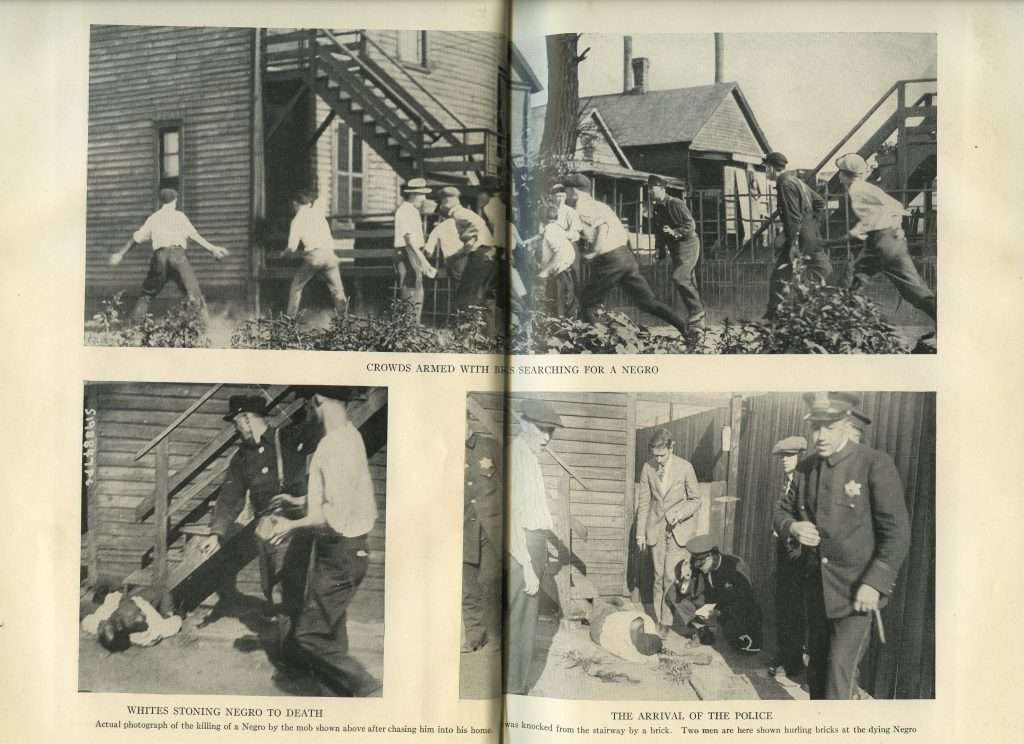 Scenes from the 1919 Chicago Race Riot

A series of photographs shows a white mob chasing an African American man to his home where the white men stone him to death. By the time the police arrive, bottom right, the man is dead. This event took place during the race riots in Chicago that lasted from July 27 to August 2, 1919. This spread of photographs is included in The Negro in Chicago: The Study of Race Relations and a Race Riot (1922), a book produced by the Chicago Commission on Race Relations.