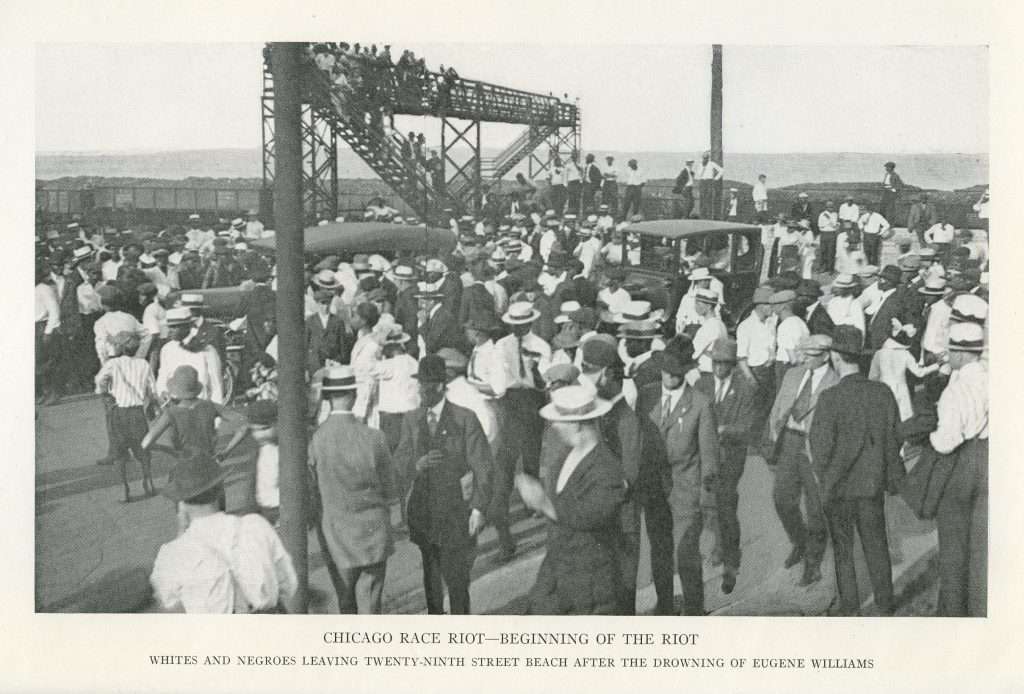 Chicago Race Riot—Beginning of the Riot

A crowd of blacks and whites leaves the Lake Michigan beachfront at Twenty-ninth Street in Chicago on the afternoon of July 27, 1919, after a seventeen-year-old African American, Eugene Williams, was attacked with stones while swimming in a section of the beach usually reserved for whites. Williams drowned and a policeman on the scene refused to arrest the white man accused of throwing the stone that allegedly caused Williams's death; instead, he arrested an African American man. A riot ensued, lasting until August 2, 1919, and resulting in the deaths of thirty-eight people. This image serves as the frontispiece for The Negro in Chicago: The Study of Race Relations and a Race Riot (1922), a book produced by the Chicago Commission on Race Relations.