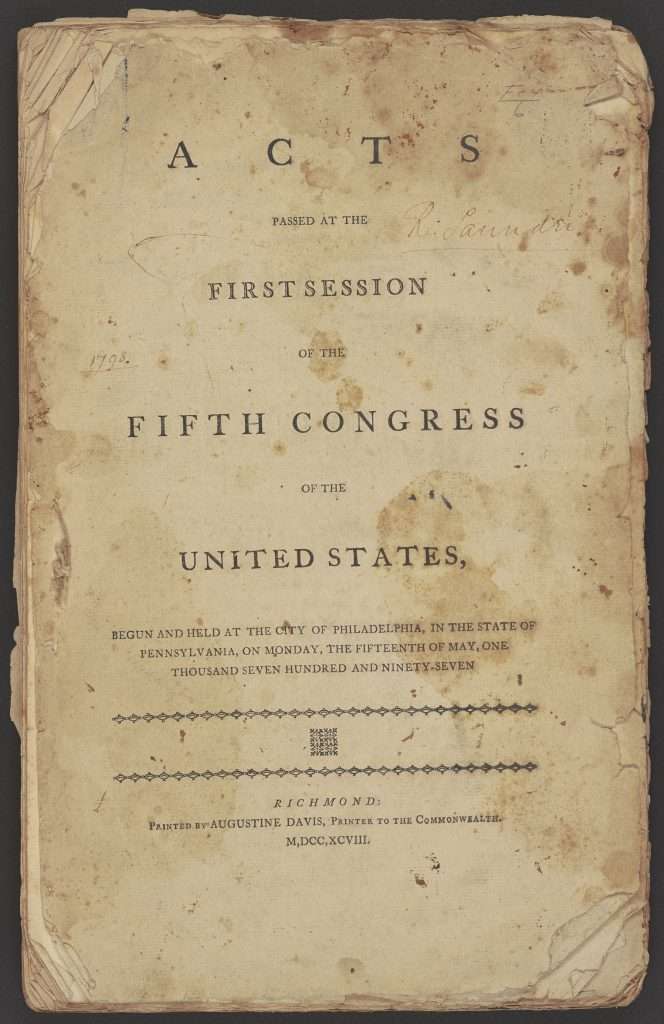 The title page of Acts Passed at the First Session of the Fifth Congress of the United States (1798) notes that the document was published in Richmond by Augustine Davis, "printer to the Commonwealth." Later that year Davis lost his lucrative government printing contract to Meriwether Jones, a supporter of Thomas Jefferson.