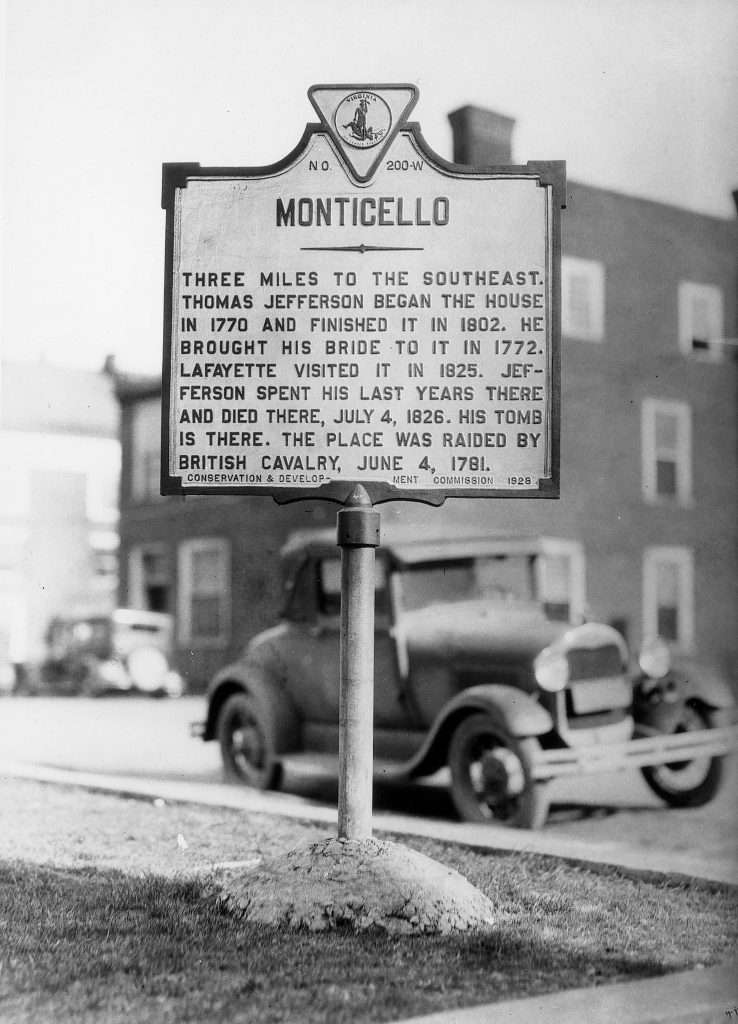 The earliest markers in Virginia's Historical Highway Marker Program were cast in an aluminum alloy using all capital letters, which limited the text to approximately fifty words. The metal proved to be too brittle, however, prompting the use of iron, which continued until May 1941, when an iron shortage halted marker production for the duration of World War II (1939–1945). In 1946 Virginia resumed the marker program, using an improved aluminum alloy instead of iron, which was still in short supply and was prone to oxidation. Since then, the size of the lettering has been reduced and is set in capital and lower-case letters, which—along with the marker's increased size of forty-two inches wide by forty inches high—allows marker text of roughly one hundred words.