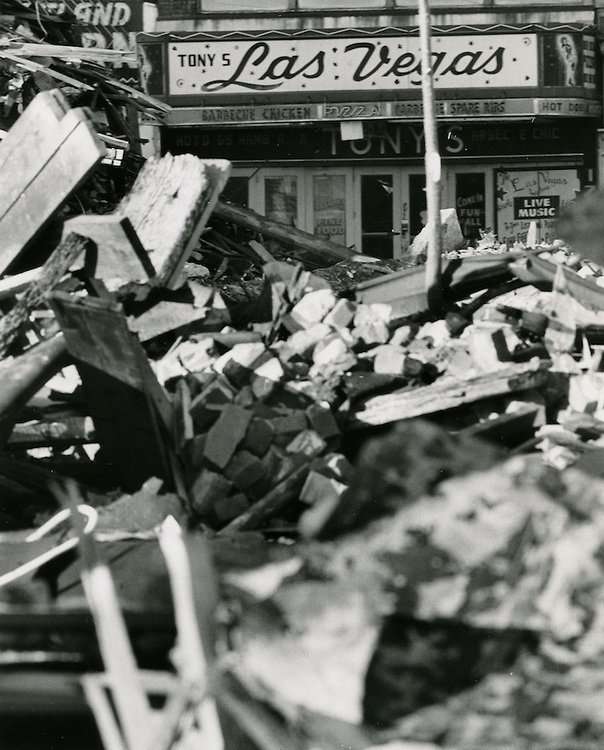 A January 2, 1962, photograph titled "The Street - Rubble Creeps In" shows an area of downtown Norfolk during the urban renewal that occurred during the mid-twentieth century. Under the direction of the Norfolk Redevelopment and Housing Authority, buildings in run-down sections of downtown were razed and replaced with new structures.