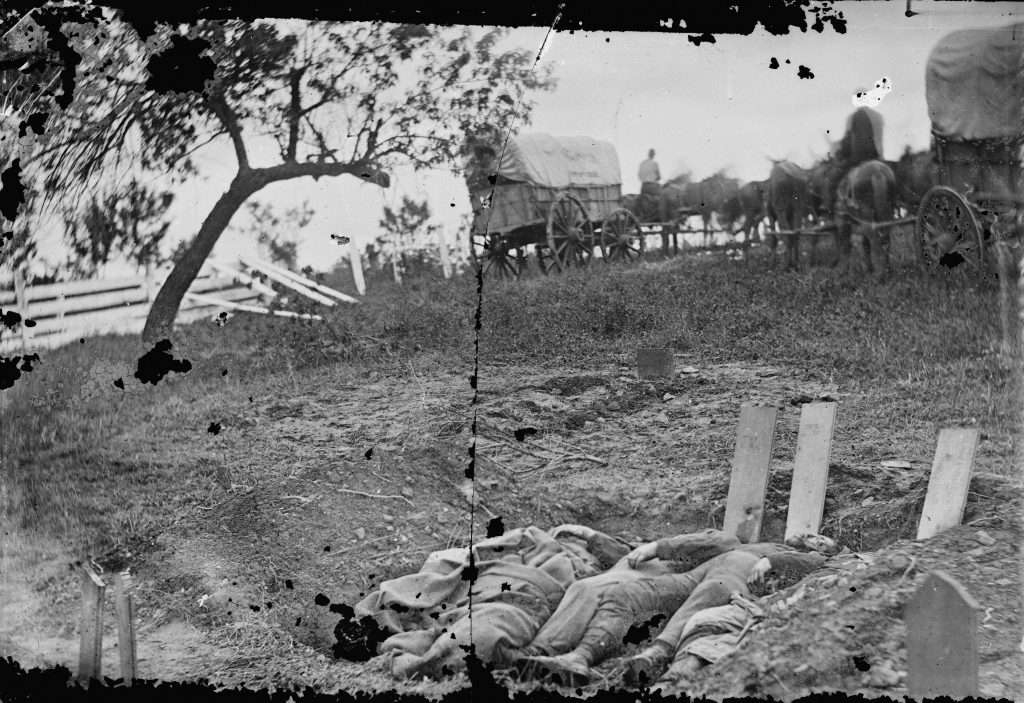 Crude wooden headboards etched with initials (probably those of the dead men) mark the graves of Confederate soldiers who fell during the Battle of Gettysburg, fought from July 1 to 3, 1863. According to the photographic historian William A. Frassanito, the headboards indicate that fellow Confederates dug the unfinished graves. Timothy O'Sullivan, then working as a photographer for Alexander Gardner's photo studio, made this glass-plate image on July 5, 1863, one day after General Robert E. Lee ordered his Army of Northern Virginia to retreat to Virginia. In the wake of the battle, residents of the small town of Gettysburg, Pennsylvania, faced the challenge of burying the dead who lay strewn across the battleground.