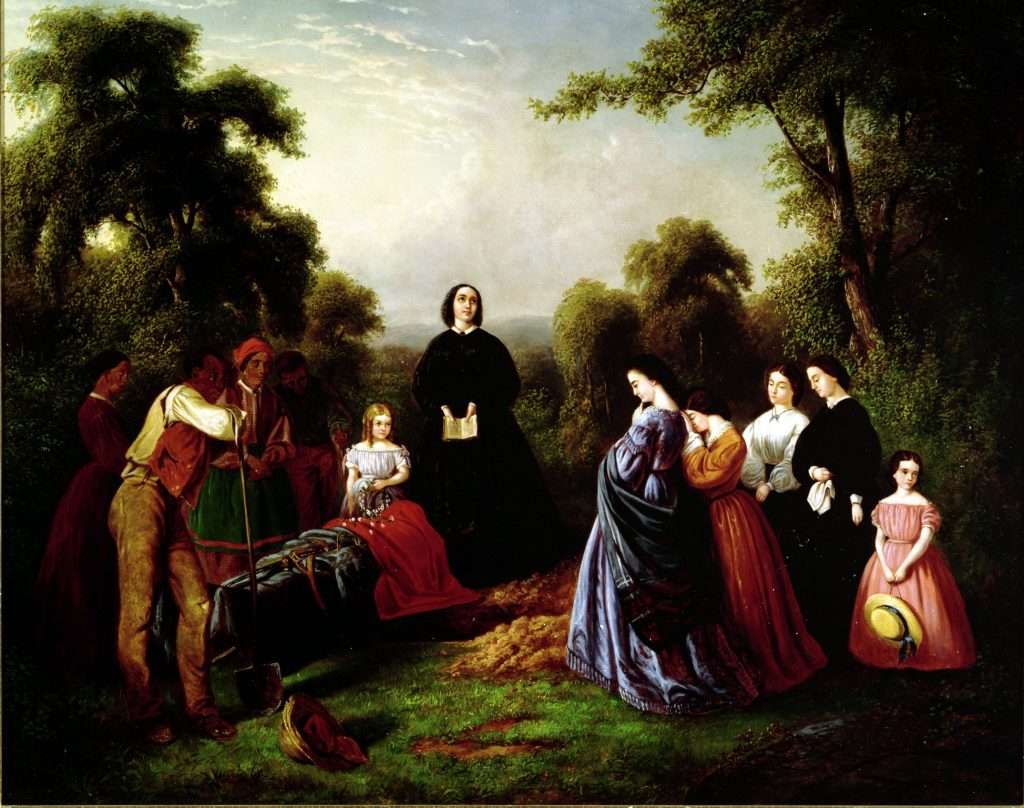 Grieving white women, children, and slaves perform the burial service for twenty-nine-year-old Captain William Latané of the 9th Virginia Cavalry, the only Confederate killed during J. E. B. Stuart's famous ride around Union general George B. McClellan's army during the Peninsula Campaign in June 1862. After Latané's death at Old Church in Hanover County, his brother John Latané removed the body to the Westwood plantation two miles away. Without any white men to assist them, the women on the plantation performed the funeral themselves. The incident first inspired a poem and then this four-by-five-foot oil painting by Virginian William D. Washington. Initially exhibited in a Richmond studio, the painting became such a powerful symbol of Confederate women's devotion to the Confederate cause that officials relocated the canvas to the Virginia State Capitol. According to several accounts, a bucket was placed under the painting to solicit contributions for the Confederate war effort. In the postwar era, this burial scene became an iconic image of the Lost Cause, and mass-produced engravings of it "became a standard decorative item in late-nineteenth-century white southern homes," according to historian Drew Gilpin Faust.