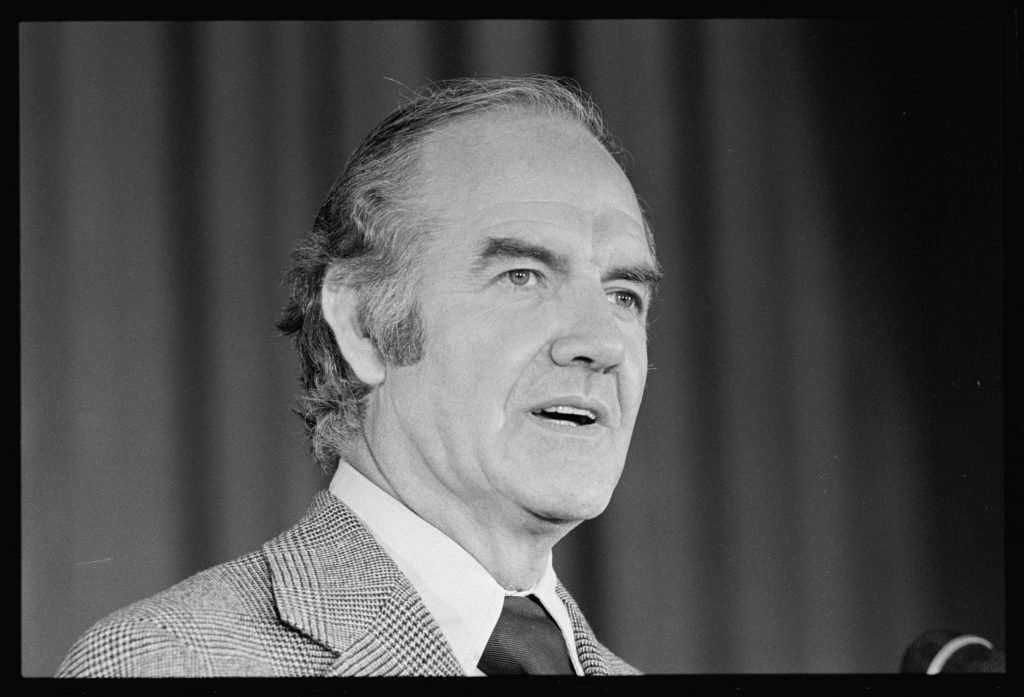 U.S. senator George McGovern speaks into a microphone on June 30, 1972, during his campaign for president. McGovern ran an anti–Vietnam War campaign and won the Democratic nomination in July 1972, but lost the general election in a landslide to incumbent Republican president Richard Nixon.

This image is part of the U.S. News & World Report Magazine Photograph Collection at the Library of Congress.