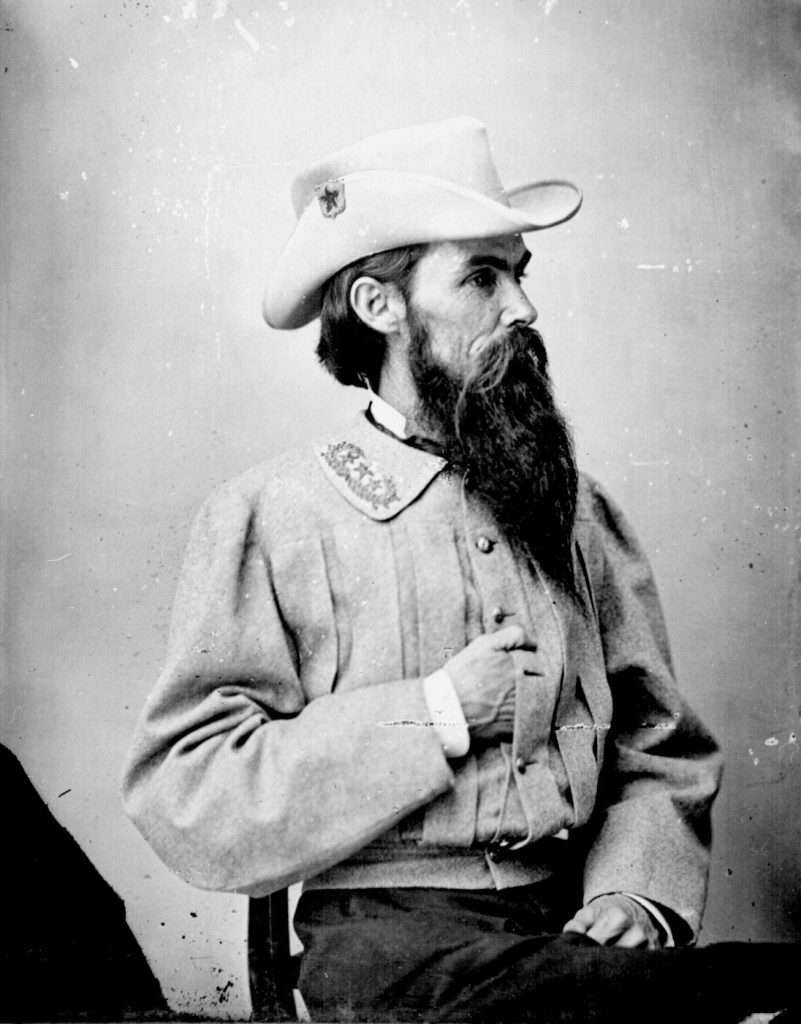 With his right hand in his jacket, Confederate general William Mahone strikes a Napoleonic pose in this Civil War–era photograph. About five-and-a-half feet tall, and weighing around one hundred pounds, Mahone was "as small and lean as a starvation year," in historian Douglas Southall Freeman's memorable description. Born in Monroe, Southampton County, Virginia, in 1826, Mahone graduated from the Virginia Military Institute in 1847. After teaching for several years, he worked as a civil engineer with the railroads and, in 1860, he became the president of Norfolk and Petersburg Railroad.

After the war began "Little Billy" Mahone accepted a commission in the Confederate army and he distinguished himself at the Battle of the Crater (1864), leading a successful counterattack that also involved the massacre of surrendered black troops. In the wake of the battle he was promoted to the rank of major general. During the war he was also elected to the Confederate Senate, serving largely in absentia from 1863 until 1865 for the state of Virginia.

In the postwar years, Mahone founded the Atlantic, Mississippi, and Ohio Railroad, which, before it failed, served his business interests in Norfolk and Southside Virginia. In 1881, he was elected to the United States Senate as a member of the Readjuster Party, an unlikely coalition of poor whites and African Americans interested in repudiating a portion of the massive state debt and, in so doing, restoring social services such as free public education. One of the most successful biracial political coalitions in the New South, the Readjusters held power until 1886, when Mahone lost his Senate seat. A gubernatorial bid in 1889 failed, and Mahone died in Washington, D.C., in 1895.